December has seen a number of updates for theme park fans, including the beginnings of an exciting new licensing partnership with the proposed Paramount park in the UK, a new theme park announcement for South Korea, a closing at Cedar Point and more!

1. Could Sherlock, Merlin or Doctor Who be coming to a new Paramount park? 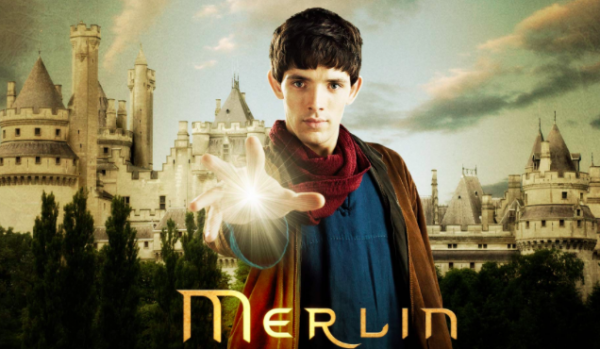 Earlier this month news broke that BBC Worldwide signed a development agreement with London Resort Company Holdings, the company behind the still-in-development Paramount London Entertainment Resort. This deal, which is the first step towards a formal partnership would see the proposed park develop attractions based on BBC IP, which could include internationally popular brands like Doctor Who, Merlin, Top Gear or even Sherlock.

Though the deal is preliminary (Wired notes that fans shouldn’t get too excited just yet), this is certainly an exciting development as plans for the park (set to open in 2020) begin to finalize. 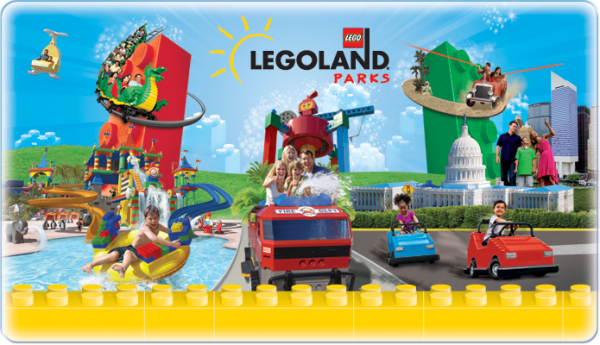 Legoland has announced plans for yet another international theme park, this time setting its sights on South Korea. This new theme park is projected to cost up to $269.8 million and is projected to open in 2017 in the northern town of Chuncheon, Gangwon Province.

Once complete, Legoland: South Korea will become the sixth Legoland park worldwide. No details about what kind of attractions will be featured in the park (or even concept art) accompanied the announcement.

3. Battlestar Galactica set to re-open with new trains at Universal Studios Singapore in 2015 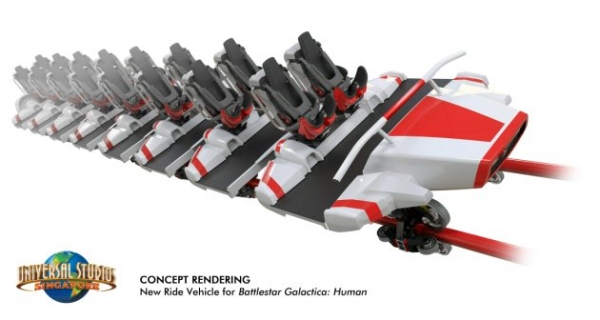 Though the Battlestar Galactica: Human vs. Cylon roller coaster at Universal Studios Singapore has been standing but not operating since 2013, Resorts World Sentosa has confirmed that this fan-favorite attraction will re-open in early 2015, with all-new two-seater vehicles that are designed to be more comfortable for guests (and will prevent another “near-miss” incident the likes of which caused the attraction to close in the first place). You can check out the concept art for the “Human” track above, and the concept art for the suspended “Cylon” track is below. 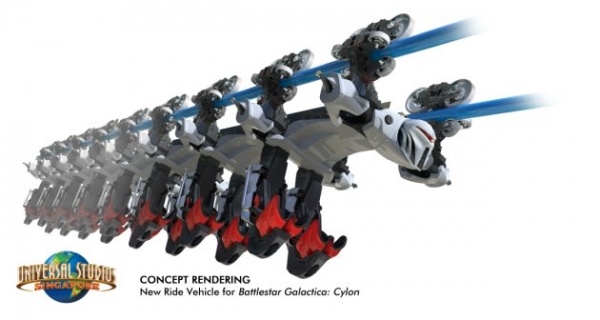 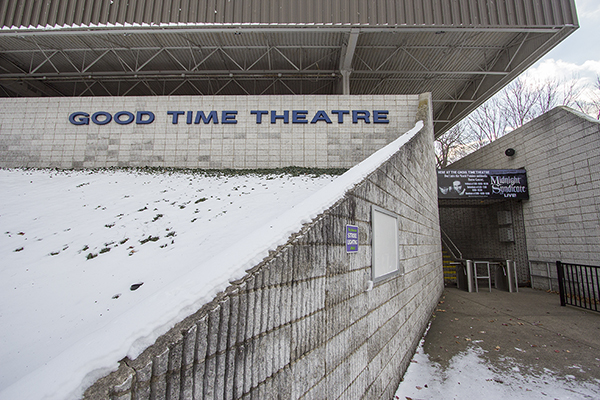 Cedar Point recently announced via their blog that the Good Time Theater (which formerly housed Snoopy Rocks! On Ice) would be removed over the winter season. Though the park didn’t give specifics about what the space would eventually be used for, they did say that more information about a future entertainment offering would be revealed in the near future. 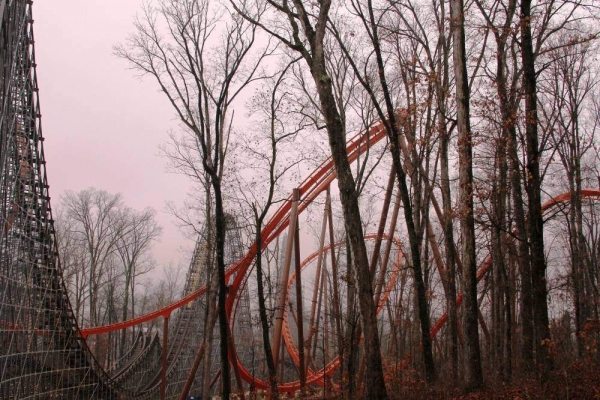 Holiday World put the final piece of track in place for its Thunderbird Roller Coaster two weeks ago, putting the project nearly a month ahead of schedule. The ride is still expected to open in time for the park’s 2015 season, and work continues on structures around the track. You can check out a video of the final piece of track being put into place below.