This week’s central Florida parks updates includes not one but TWO music festival announcements, including one that is all-new for 2015. Plus we’ve also a got another new rumor about a restaurant at CityWalk and details about Universal Orlando Resort's New Year’s Eve event. 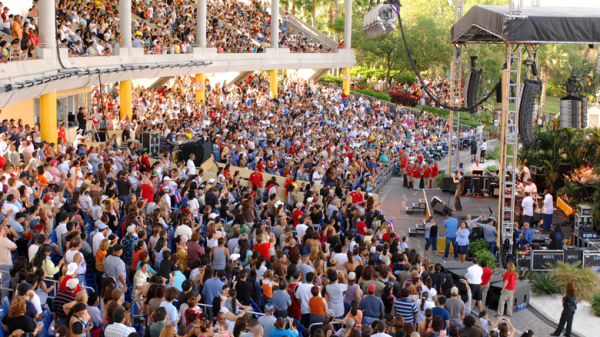 SeaWorld Orlando announced its 2015 roster of events this week, and among the usual suspects like Viva la Musica and Bands, Brew & BBQ, the park unveiled a brand new event for next year: Praise Wave.

This two-day Christian music festival will take place on two consecutive Saturdays (February 14th and 21st) and will feature several popular bands as well as an "extraordinary, uplifting Shamu show," especially designed for the event. Like other annual events at SeaWorld, Praise Wave activities will be included in regular SeaWorld admission.

The evening will cap off with a midnight champagne toast and fireworks display to help ring in the new year. Tickets for EVE are on sale now and cost $99.99 when purchased before December 15, and then rising to $129 after that. You can check out a preview video below.