We’ve already gotten some preliminary details about 2015’s Frozen-ified Flower and Garden Festival, and now we know a little bit more about another big event for 2015: Star Wars Weekends. Though we don’t have any details about talent or this year’s official show lineup yet, we do have some general information about this year’s event, and one BIG question about what effects recent developments at Disney’s Hollywood Studios may have on this year’s festivities.

1. This year’s event is back for another five weekends 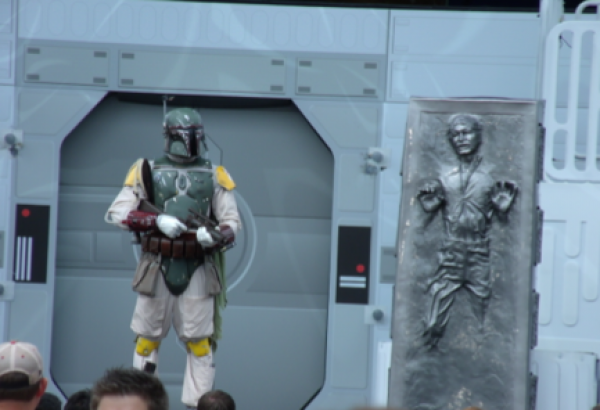 2. All of the “core” events will be returning 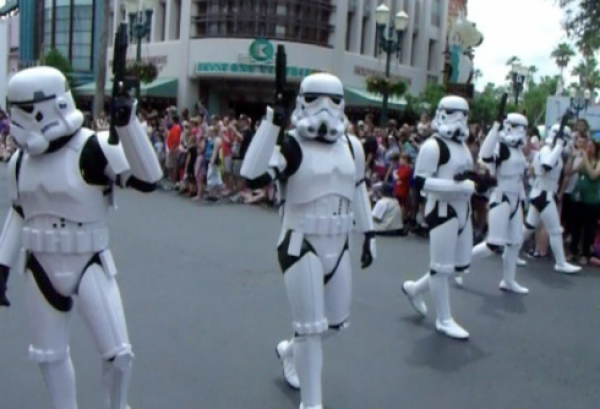 Though we don’t have much in the way of specifics for this year’s events, we do know that the Star Wars character motorcade, celebrity talk show and character meet and greets will all be returning. Though most of these confirmed events are fairly unsurprising, some fans were nervous that the motorcade would be put on hold in 2015 due to the rumored construction that will be kicking off sometime next year at Disney’s Hollywood Studios. Though we certainly don't have to worry about this element disappearing altogether, that doesn't mean it'll be back in the same form...but more on that in a minute...

Another returning element from last year's event will be two character dining experiences. In case you need a little refresher, the first of these is the Star Wars Dine-In Galactic Breakfast at the Sci-Fi Dine-In Theater Restaurant which includes character appearances from Darth Vader, Stormtroopers, Jawas, Greedo, and Boba Fett. The second option for character dining is Jedi Mickey’s Star Wars Dine at Hollywood and Vine, which includes appearances by Jedi Mickey, Princess Leia Minnie, Stromtrooper Donald, Darth Goofy and Ewok Chip and Dale.

I too was nervous about certain aspects of the event like the Celebrity Motorcade and the Rebel Legion and 501st Legions continued participation in the parade. I love being a part of Star Wars Weekends and I'm definitely not ready to give that up just yet. I consider it an honor to be invited back year after year. We work hard to make every aspect of our costumes screen accurate and our reward is being able to march in the parade. I can't wait to see what celebrities are participating too. Maybe a few core actors from Episode VII? I know I loved meeting the voice actors from The Rebels on Disney XD this year and hopefully they will invite them back too. So excited and it's still over 6 months away. :/