The 5 BIG Updates From Universal Orlando, Busch Gardens and SeaWorld This Week (November 23-29, 2014)

We’ve heard whispers about the possibility of a third park at Universal Orlando before, but it looks like there’s some actual traction going on behind the scenes in regards to the mysterious Project 544. Last week, Parkscope reported that the first construction permit for the project was filed, and earlier this week they reported that yet another permit was filed confirming that the project will encompass an area larger than 5 acres.  Current rumors suggest that this new park will be a water park, with Universal trademarking names like Volcano Bay and Wondersea Island in recent months.

Of course, nothing has been made official, but it looks like whatever Universal has planned for the plot of land south of the Cabana Bay hotel is really starting to pick up steam. Hopefully we’ll get an announcement with some concrete details about this project soon! 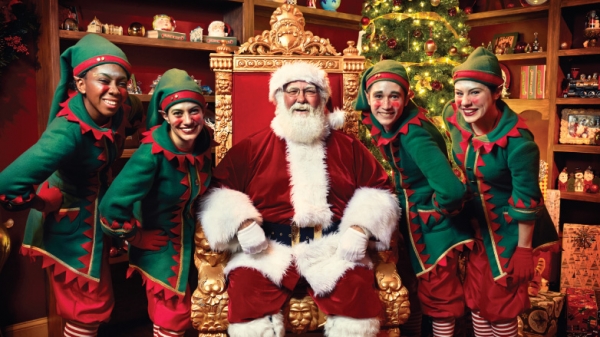 SeaWorld kicked off its annual Christmas event last week, and this week saw Busch Gardens join the Christmastime fun by opening its Christmas Town event for the holiday. This special event includes special light displays, shows and even meet and greets with Santa.

This year the event will run weekends (Friday-Sunday) until the week of Christmas, when it will switch to running every day until New Year's Day. New for 2014 is the Three Kings Oasis light display in Egypt, and the Celestial Crossing land which houses this year’s Christmas Celebration show. As with the SeaWorld event, access to Christmas Town is included with regular admission.