This month, several new treats were unveiled at the Magic Kingdom as well as at Disney’s Hollywood Studios. As we’ve done in months past, we’ll also highlight a few new menu items around Walt Disney World as well.

Some of these new items are permanent menu changes, but some are only going to last through the end of the holiday season, so if you want to try all of these new bites, you’ll have to head out to the parks soon! 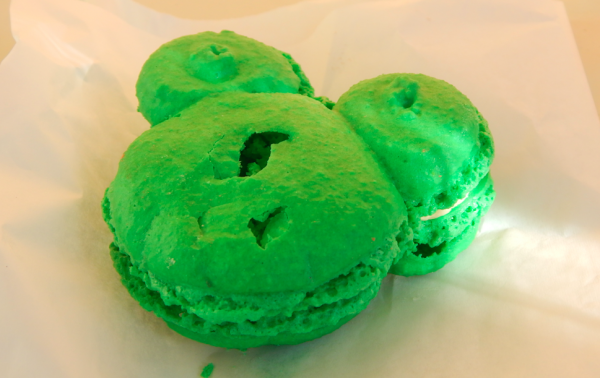 Though we’d recommend those in the mood for a macaroon head over to L’Artisan des Glaces at Epcot immediately, if you find yourself at the Magic Kingdom, the peppermint Mickey macaroons you can find at the Main Street Bakery are a nice alternative.

These small macaroons are available in both red and green (don’t worry, they taste the same) and have a super-sweet peppermint filling. However, be warned, these macaroons are a little more crumbly than those you might find at Epcot, so snack on these treats with caution! 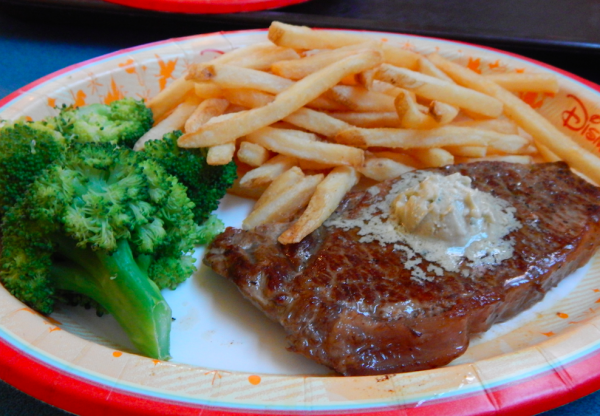 There are plenty of places to get a good steak at Walt Disney World, and if you are at Disney’s Hollywood Studios, you can’t do better than the steak at Mama Melrose’s. However, if you are on the go, ABC Comissary has added a New York Strip Steak to its menu.

This steak is fairly basic and includes a dollop of Bleu Cheese compound on top. Though the steak (served with fries and broccoli) is not cooked to order and will certainly underwhelm if you’ve been to Le Cellier recently, as far as quick service steak goes, it’s not too shabby and is a nice addition to the ABC Commissary lineup. 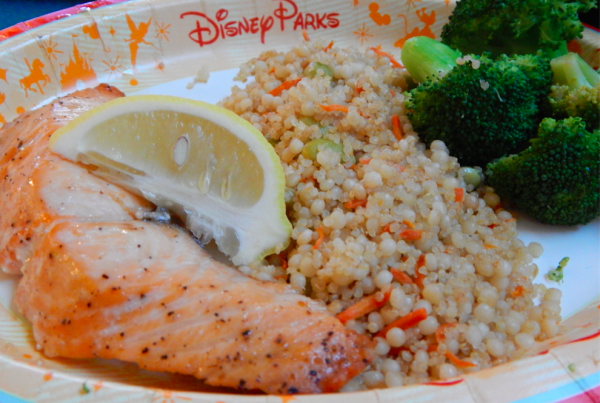 Another new addition to the ABC Commissary is a roasted salmon dish that is served with couscous and broccoli. The roasted salmon is seasoned nicely and is very tender. Though the portion size isn’t overly generous, the flavor of the meat is definitely good.

However, those looking for a memorable side dish won’t find it here, as the couscous that accompanies the roasted salmon is grossly under seasoned.  Though adding some salt and pepper from the condiment station does improve overall flavor,  the result is still a little underwhelming, even though the salmon is actually pretty good.