November’s theme park update brings a lot of big announcements, especially for international theme park fans as two brand new parks have been announced on opposite corners of the world.

Back in the US, two California parks have unveiled plans for new attractions for 2015 and a proposed Florida park has gotten one step closer to becoming a reality. 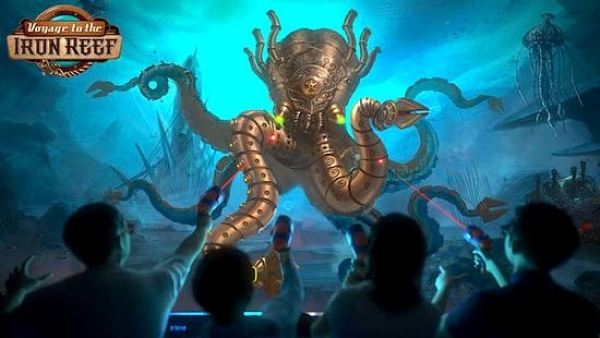 Though it seems like most new ride announcements outside Disney and Universal revolve around roller coasters, Knott’s Berry Farm has made the surprising move of announcing a new dark ride. Voyage to the Iron Reef will be an interactive shoot ‘em-up style ride that will allow guests to use special blasters to defeat the mechanical Queen of the Kraken, who has developed a taste for metal and is attempting to devour all the attractions at Knott’s Berry Farm.

The new attraction boasts 600 feet of track, 11 different scenes and uses 4D technology to deliver an immersive experience for guests.  According to the attraction announcement press release, the ride will change depending on the actions guests take during the ride, and riders can compete against each other for top scores.

The ride is set to open next year and will be located in the area formerly occupied by Knott's Bear-y Tales and Kingdom of the Dinosaurs. 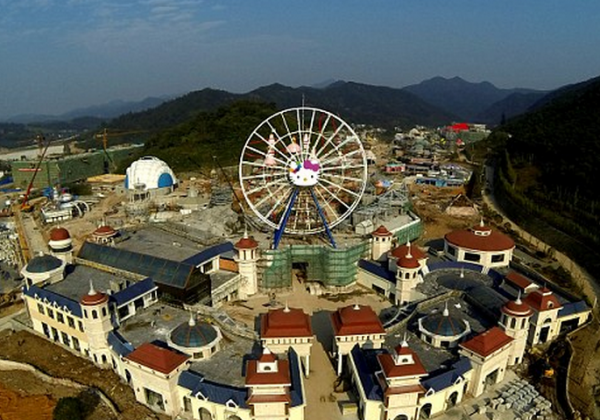 Japanese company Sanrio has joined with Californian entertainment design firm Hettema Group to bring a Hello Kitty-themed park to east China’s Zhejiang province. The park will feature over 30 Sanrio characters and will be broken up into five elemental “garden zones” representing Wood, Fire, Water, Metal and Earth. Attractions will include rides, character meet and greets, parades and interactive games.

Construction has already begun on this park (as you can see above, much of the park has already been completed), and the projected opening window for the park is early 2015.