The metamorphosis of Downtown Disney into Disney Springs is in full swing at the shopping district, and those who stop by will be greeted by plenty of walled-off areas, working construction zones and temporary walkways that seem to change on an almost weekly basis.

Though the construction is definitely a pain to deal with, we’ve been able to poke around the area to get a few updates on the progress of the construction and have also noticed two new kiosks that may be opening sometime in the very near future. Here are the three big updates from inside the emerging Disney Springs area.

1. The Boathouse, The Hangar and The Landing begin to take shape 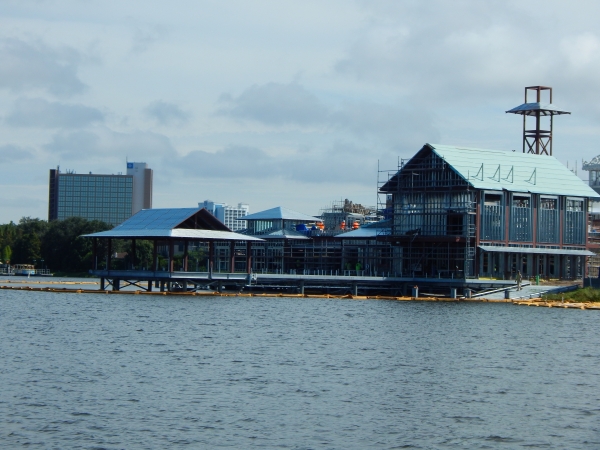 We were able to catch a glimpse of some of Disney Springs’ signature new restaurant and retail areas. Both the Boathouse restaurant and some of the retail spaces at The Landing are both really starting to resemble their concept art renderings and work seems to be progressing quite speedily on these structures, with some of the retail spaces even sporting nice brick facades. 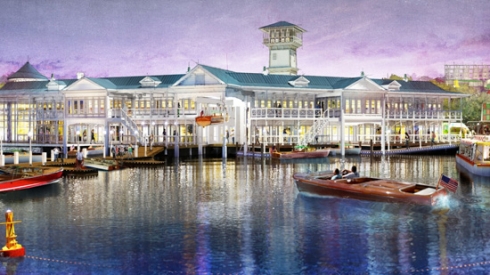 Progress on the Hangar seems to be a little less rapid with just the bottom of the eventual waterside bar in place, but at least we have an idea of how The Hangar will fit into the Disney Springs landscape.  Check out some construction photos below to get a feel for how this area is shaping up. 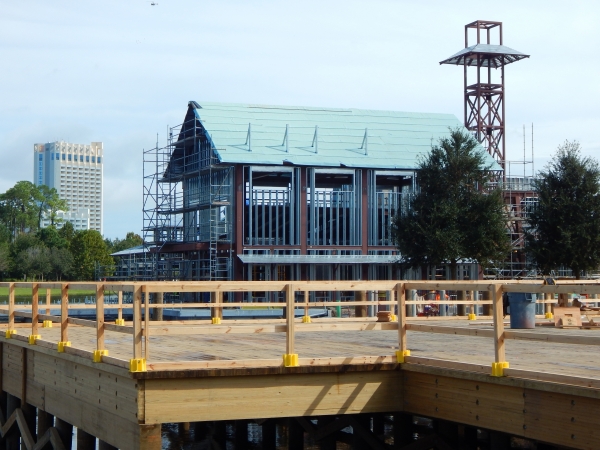 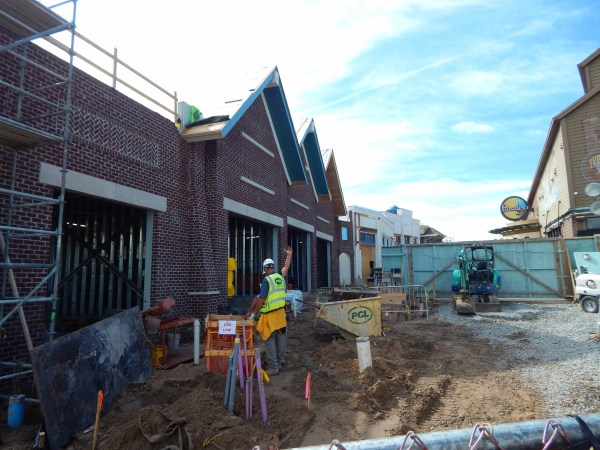 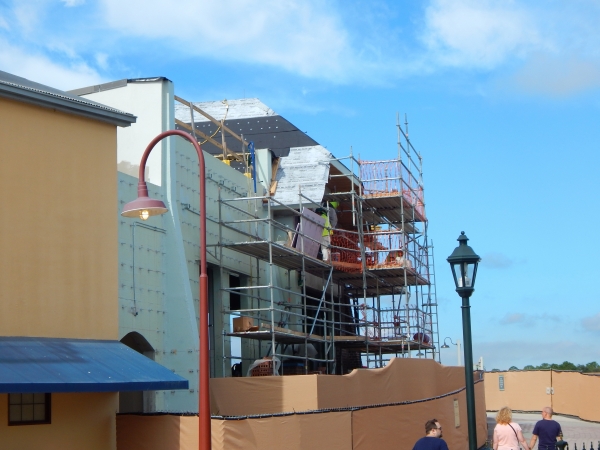 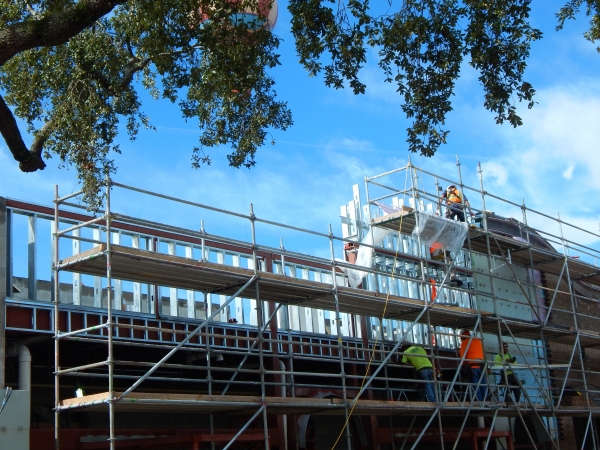 2. The Marketplace Causeway makes its way across the Village Lake 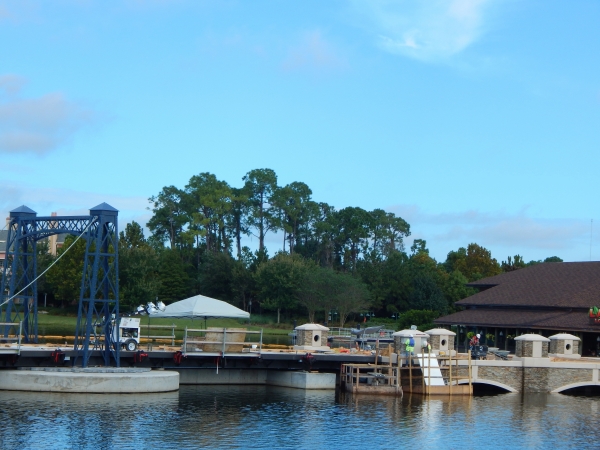 Though we’ve still got a long time before most of the shops and restaurants at Disney Springs open, one feature that is coming along quickly and could be in use very soon is the Marketplace Causeway.

Right now, getting around Downtown Disney’s labyrinthine hallways and makeshift walkways is quite the chore. However, the permanent Marketplace causeway across the Village Lake will at least make getting around the Marketplace a little bit easier. When completed, this causeway will connect the far side of Disney Springs area where the Rainforest Café is to where the T-REX Café is.

I am very excited for this! can't wait!

Not mentioning the Amphicar or the West Side Disney High Line?