It’s been one of the worst-kept secrets in the theme park industry for months – and now Disney has finally confirmed that the Maelstrom boat ride in Epcot’s Norway Pavilion will be replaced by a Frozen-themed attraction.

Disney has been adding temporary shows and elements based on Frozen to its parks ever since the movie’s release in November 2013, spurred on by its incredible haul of $1.3 billion at the global box office and two Academy Awards. But the updated ride at Epcot will be the first permanent attraction to be set in the movie’s universe – and its location, in the World Showcase area of Epcot, has proven to be a controversial choice among Disney fans.

Here’s a round-up of everything we know so far about new addition to Epcot’s line-up.

1. It’s the end for Maelstrom 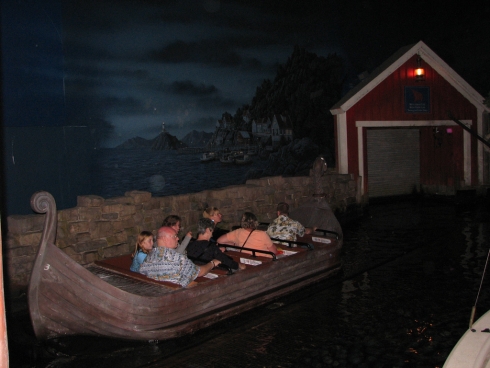 Maelstrom has been in place since July 1988, opening shortly after the Norway Pavilion that hosts it. One of the few actual rides in the World Showcase area of Epcot, it is a forwards/backwards flume ride that sends guests in Norse Viking ships on a cruise through a troll-inhabited swamp, past Nordic polar bears and into the oil refinement industry of present-day Norway. The experience culminates in a short film on the region’s contributions to technology. 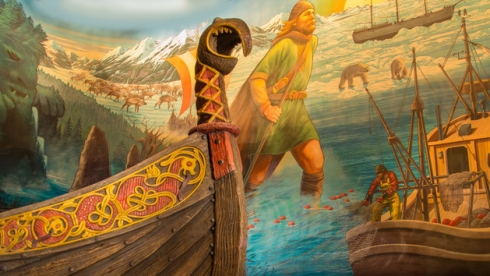 Those hoping to catch one final ride on Maelstrom can do so until October 5, 2014, when it will close for good.

Maelstrom will be the second attraction to close at Walt Disney World in less than two months, after the American Idol Experience closed at Disney’s Hollywood Studios in late August. 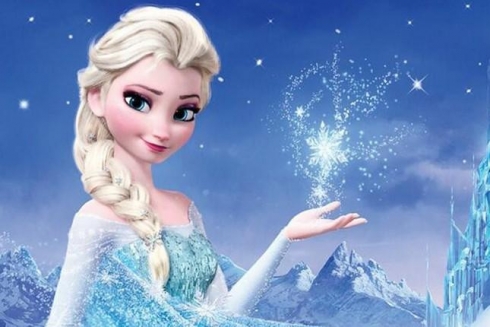 Disney has set a pretty aggressive timescale for opening the Frozen ride. It can often be several years between the announcement of a new ride for a Disney park and its actual opening date (Pandora – The World of Avatar is expected to open at Disney’s Animal Kingdom in 2017, for example – some six years after it was originally announced).

We won’t have to wait so long to ride into Arendelle, with the overhauled attraction set to make its debut in early 2016. 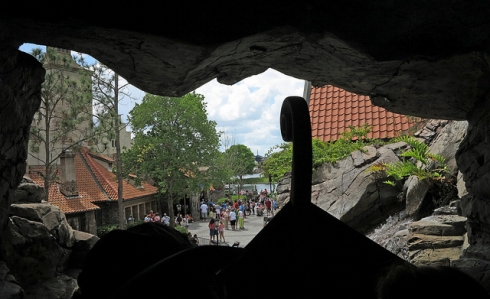 Given the timescales, we think it’s very likely that large portions of Maelstrom will be reused for the Frozen attraction, including the ride system. This would save a huge amount of time and money in the development of the attraction, potentially enabling Disney to meets its early 2016 target. 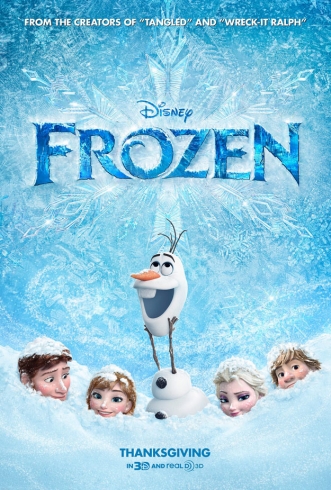 Disney’s rides based on its movies usually fall into one of two camps: rides that tell an original story using the characters from the movie, and rides that essentially act as a “highlights reel” from the movie.

From the sounds of things, the Frozen ride will fall into the second camp. Tom Staggs, chairman of Walt Disney Parks and Resorts, said that the attraction “will take our guests to Arendelle and immerse them in many of their favorite moments and music from the film."

Expect to humming “Let it Go” for the rest of the day after riding, then…

Disney is milking that cash cow for all it's worth. Ditching MAELSTROM and placing a FROZEN ride in it's place I'm sure is only the beginning.

Millions of parents with millions of little girls drunk on all things Anna and Elsa will pay top $$$ to come all the way to Orlando, so their little princesses can keep their Frozen high going.

Forget WORLD SHOWCASE and it's emphasis on exhibiting nations & cultures from around the globe. It's all about the never-ending Arrendale cash register! Don't stop at Norway, Disney. Keep going! Re-theme every attraction in the WDW Complex to FROZEN.

I can only imagine what Disney has planned to change their cruise lines to cash in on FROZEN. On & on, it's endless.... *ad nasusem*.

Rest in peace, Maelstrom. A fun, educational ride about Norway, it's history, it's mythology, and culture. Again, this is the mission of World Showcase. IMHO, Disney has dropped the ball, big-time.

If you don't like Frozen..just walk past the ride. It's pretty simple. I don't like rollercoasters. However I still love going to Disney. There's no one ride or attraction that's ever going to please every single park goer.

Nooooo!!!!!! Gosh dang it! Disney, leave some of the old stuff alone. Not everything needs to be corny and chick full of cartoon characters!!! I love Maelstrom!! And honestly, I don't think Epcot needs to get rid of it's more serious rides! God forbid our kids learn something without the help of a cartoon. :/

I love Frozen it's awesome to see it in EPCOT Norway And I can't wait to ride it in 2016!

Walt Disney always wanted to have the parks grow and change if it stays the same it dies. I know people hate change but really get over it.