Looking forward to the holidays? Though the Halloween season has only just begun, Disney has released some details about what visitors to Disneyland can expect during the holiday season when the temperatures cool down this November.

These four events are exclusive to the Disneyland Resort and feature plenty of returning favorites from recent years. Though it wouldn't be surprising for Disney to announce a new event or two for 2014 as we move closer to the holiday season, these four special shows and events are confirmed to be returning to the resort this Christmas season 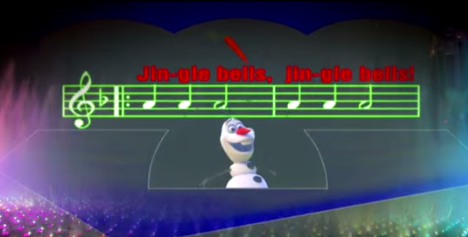 Last year, Disney California Adventure debuted a new holiday-themed version of World of Color featuring the characters of the then-upcoming film Frozen. Disney has announced that this new version of the World of Color nighttime show will be returning November 13th.

We don’t know if there will be any tweaks to this year’s show (it’s a safe bet that Frozen characters still will be featured, but perhaps a few characters from the upcoming film Big Hero 6 could show up as well), but at any rate, you can check out a video preview of last year’s special Winter Dreams themed World of Color below. 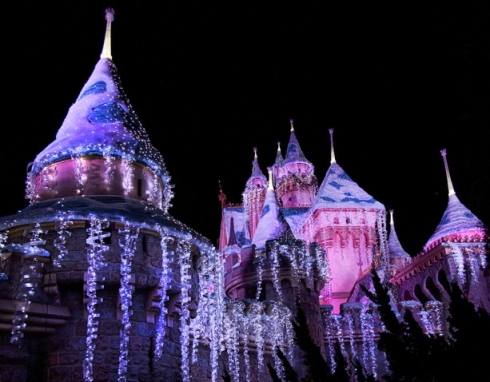 Like World of Color at Disney California Adventure, Disneyland’s nightly fireworks show also receives a holiday makeover. This returning fireworks display features classic holiday songs all set against a sparkling Sleeping Beauty Castle lit up with 80,000 twinkling Christmas lights. To top it all off, snow falls gently over Main Street, U.S.A during and immediately following the fireworks display.

This nightly fireworks spectacular is definitely a holiday favorite and should absolutely not be missed if you are going to Disneyland anytime between November 13 and January 6.

Olaf’s Frozen Ice Rink was another limited time holiday feature that debuted last year and will be returning for the 2014 holiday season. In 2013, Downtown Disney guests were able to skate around this pop-up rink to holiday tunes during selected hours and were even able to rent skates (as well as required helmets) on site. Last year’s ice rink was placed near the ESPN Zone, across from the AMC theaters, and it's likely that this year’s rink will return to that space (though it hasn’t been officially confirmed yet).

In addition to Olaf’s Frozen Ice Rink, a Winter Village area will be set up in the area surrounding the rink that includes a 30-foot Christmas tree and a stage where various carolers and choirs will perform throughout the holiday season.  You can check out a video of last year’s festivities below.