Reports recently surfaced about a new patent application filed by Disney concerning its theme park operations. It may sound scary, but the patent detailed the use of a new kind of technology in Disney parks: drones!

Though you might think of warfare and espionage when you hear about drones, Disney actually has some pretty neat applications for this new technology, and it could just change theme park entertainment as we know it!

These three possibilities are really exciting, and they could be coming to a Disney park near you sometime in the future. 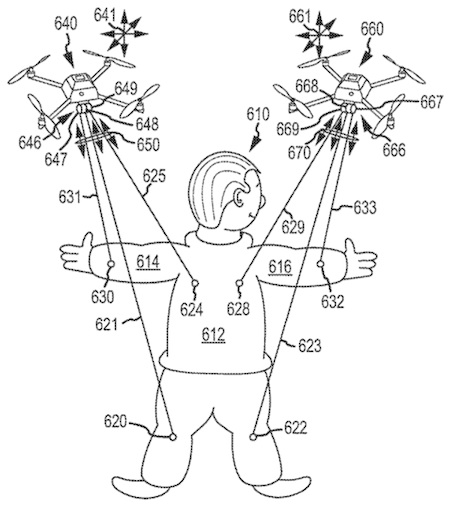 If you’ve ever seen the Finding Nemo, Fantasmic or Festival of the Lion King shows at Walt Disney World, you know that puppetry and animatronics are a big part of Disney entertainment. Though most puppets and animatronics have a degree of automation, some human input is almost always required. However, with drones, Disney could automate the entire process, removing the human element completely.

Though this might sounds like something from the world of I, Robot, removing humans from the equation paves the way for more advanced puppetry and animatronics, especially as technical limits can be pushed in a way that human limits cannot. The use of drones could also standardize all performances, ensuring each guests gets the best possible performance, every single time. 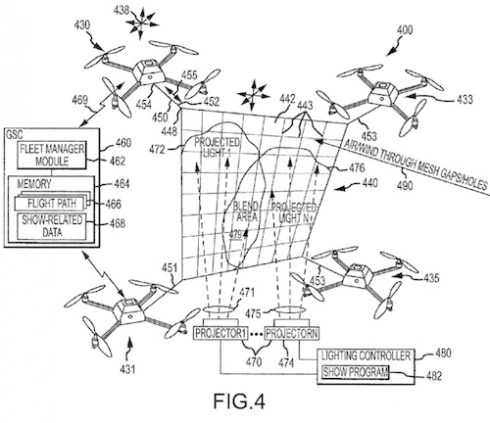 For example, think the Celebrate the Magic “castle” show is impressive now? Imagine roaming projectors transforming not only the castle, but the hub around it in a new, dynamic way. Multiple projecting drones could also be used to create layered images for more complex visuals.