Star-Lord and Gamora to make their debut at Villains Unleashed 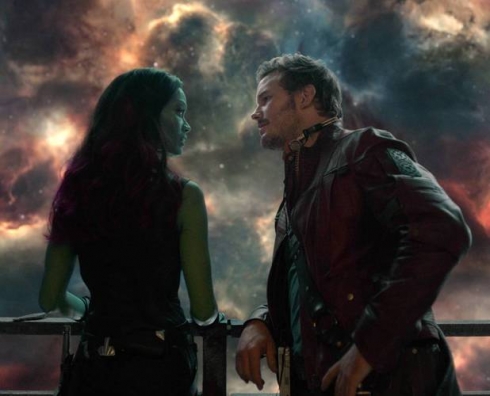 Marvel’s latest film Guardians of the Galaxy has taken off at the box office in a big way, and since the Guardians are not part of the Marvel lock-out at Walt Disney World, it was just a matter of time before these characters showed up at a Disney park. Although main characters Star-Lord (AKA Peter Quill) and Gamora don’t exactly have their own meet and greet yet, they have been confirmed to be appearing at the Villains Unleashed event this Saturday during a special Guardians of the Galaxy-themed dance party in the Animation Courtyard.

Touted as a character "encounter" (instead of a traditional meet and greet) Star-Lord and Gamora will be interacting with guests dancing at the party. Though you might wonder what two heroes are doing at a villains' party, the official story is that Star-Lord and Gamora are trying to figure out which of the villains in attendance is responsible for stealing Peter Quill's Awesome Mix Volume 1 tape. Though the characters won't be signing autographs (and more importantly, won't be appearing at the end of a queue), this debut looks like a fun way to introduce these two new characters.

Though this initial character encounter will mark the the first time these characters have appeared at Hollywood Studios, you can bet it won’t be the last, especially as changes are happening all over the park…