Disney has been slowly rolling out a “Standby Plus” system over the past few weeks, that gives guests without a FastPass+ a return time ticket to experience the attraction at a later time.

Unfortunately, this new system (which is still in testing at the moment) has met with very mixed results. Could this type of ride reservation system become the norm at Walt Disney World? And why in the world would Disney even WANT to get rid of the standby line? Let’s examine the evidence first.

3. The return ticket test is expanding to include restaurants 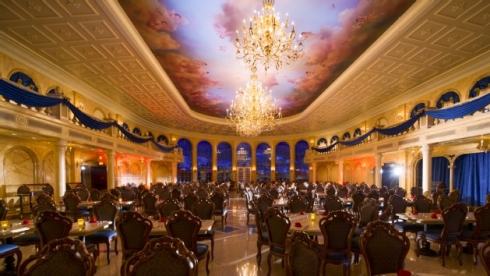 While the return time ticket system started with the limited run for the Frozen stage show at Disney's Hollywood Studios, it then expanded to Soarin’ at Epcot and the Anna/Elsa meet and greet at the Magic Kingdom (both with mixed results). Now the return ticket system is rolling out in a whole new direction: into quick service restaurants. Be Our Guest at Magic Kingdom has been handing out return time tickets for guests who want to have lunch at the restaurant but have not made reservations or advance orders via MyMagic+.

Though we figured this test would expand to other attractions, the movement into the restaurant realm is surprising, especially as guests without a return time ticket (or a FastPass+ reservation) are being turned away now.

2. Attractions are being added quickly to the test 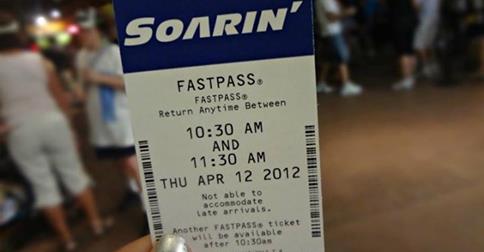 While FastPass+ itself had a fairly gradual rollout, the so-called “standby plus” system has been used on four attractions in only two months (less, if you don’t count the Frozen Summer Fun stage show).  While attractions have been using this system infrequently, the speedy addition of new attractions to the list of those that are using return time tickets shows that Disney has a vested interest in collecting as much data as possible during peak season, perhaps in an attempt to prepare for a larger roll out before next year’s summer season.

I was ready to sit at 2pm for the 530 show at Epcot to see Joe Morton for Candlelight. I was approached by two friendly cast members and offered a band to come back to a special line - a new fast pass type system. I was told that the seats were in the far left of the theatre and only the last 3 rows. I was told I was at least guaranteed a seat; but, not the best seat.
So I agreed. I came back a half hour earlier than the show as asked. I was shocked at how awesome my seat was. yes, it was the 3rd row from the back- but, I was more in the middle in front of the sound booth. What was more shocking was that the dining people were in the row in front of me. this meant that after the dining and the fast pass people- a very very small sampling of people who were waiting in the standby line actually made it in. and of those that made it in - well .... their seats were nowhere near as good as mine.
For this moment- I loved the ability to fast pass. However, if I were in the standby line - I would be very angry.

Disney parks are more than rides If all you want is rides then go to a park that is all rides. Disney is atmosphere. Characters. Shows. Shops just being part of Disney. Animal kingdom is the animals and the culture. Hollywood is the new stars meshing with the old magic kingdom is original disney Epcot is the world. Rides are just extras. Don't go to disney if you don't like Disney

Disney needs to build more attractions that people want to go to and get rid of the ones that no one goes for . This way there wouldn't be mobs of people trying to get to the GOOD rides .I have been going there once or twice a year for over 10 yrs . The crowds are staggering. Its not fun anymore to have to have a 3 hr wait on the good rides . Take away the fast passes all together and control the crowds by updating other attractions .
When you go to a park and have to wait 3. 4. 5. Hrs for a ride or attraction , something is very wrong . Even 2 hrs is too long. Unless a ride breaks down which does happen time to time ,this is unacceptable.
Animal kingdom for the most part has 3 good attractions. Make more so people Want to go there. We only go there for Everest and dinosaur. Its not worth being at the park all day .
With what they charge for admission they need to up their game . Its actually cheaper for multiple days at universal and they have more exciting rides . My family loves Disney but we are so tired of the wait times and the lack of new things.
I live in new york and a trip to six flags in new jersey is half the price of disney and they have so many good rides in one park .So it can be done Disney.
Dont just keep adding on stuff to existing rides. Idol . Gone. Indiana . Gone. Some of those walk throughs. Gone. I could go on and on. Lets go imagineers. Start imagining new stuff and get rid of fast pass all together.

If you want a park full of big rides, a Six Flags or Cedar Fair park is definitely going to be a better day than a Disney park. But give me the choice between the marquee attractions (90 min plus wait times) at Disney Parks and everything else, I'll take everything else every day.

This is going to cause issues for Passholders, who many times, decide in the late afternoon to make an evening of going to the parks.