New Star Wars attractions are on their way to Disney's theme parks in the future, and Marvel characters are coming right now.

Disney's buying spree over recent years has seen the company acquire some major characters, including the entire Marvel comic book stable and, of course, the heroes and villains of Star Wars.

However, the company has been slow to exploit these brands in its theme parks. Star Wars fans hoping to see what the company can do beyond the updated Star Tours: The Adventures continue simulator ride have been disappointed that no entire lands dedicated to the franchise have been announced as yet. And Universal Orlando's existing licensing deal with Marvel has precluded the use of many characters at Disney's largest resort, Walt Disney World.

But that could all be about to change, as two recent announcements from the firm strongly suggest...

1. New Star Wars attractions will be announced in 2015

Though Star Wars Land has been essentially a known factor since last year’s D23 expo (where it was teased with “orange harvest” props),  Disney has reiterated its commitment to bringing the world of Star Wars to its parks.

On a recent earnings report call with investors, Disney CEO Bob Iger said that Disney is "developing designs for a far greater Star Wars presence in the parks," and added that, “When we grow Star Wars' presence, which we will do significantly, you will see better bets being made that will pay off for us than were made in the past." 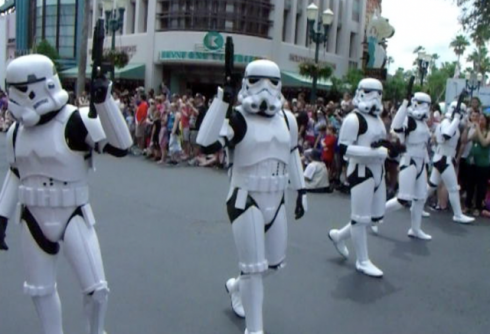 Of course, Iger stopped short of saying exactly what form this new expansion would take, but he did say that an announcement would be made next year. All eyes are currently on Hollywood Studios, the current home of Star Tours at Walt Disney World and most likely candidate for a Star Wars-themed "land", but of course there are certainly possibilities for expansion of the Star Wars franchise at other parks, most notably Epcot, Disneyland Paris and Disneyland.

The 2015 announcement will probably come either on the heels of the Star Wars: Episode VII film release, or during the August D23 convention (with my personal bet on the latter). 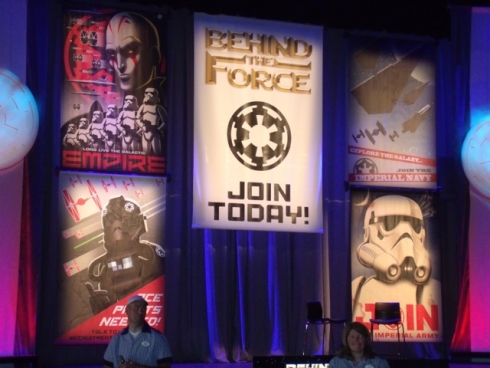 Though it seems like fans have already been waiting forever, it looks like it will be yet another year before we know what plans Disney has in store for Star Wars at its parks and resorts.

I think that Disney needs to combine "A Bug'sLifeLand" with "Cars Land" into a combined "Pixar Land" or add them to "Toon Town."

... How does that make any sense? You just want them to randomly rename those two separate lands like they were one big one...? Okay... So if they did call it "Pixar Land" how would that make you happier than "Cars Land" and "A Bug's Land" being next to each other? I don't understand what the point would be. What difference would it make if they were labeled differently on a map?

Also, what does that have to do with Star Wars and Marvel coming to the parks, which is what this article is about?