3 Elements of Universal's New Horror Maze That Will Scare Your Pants Off!

Continuing with its slow roll-out of information about this year’s Halloween Horror Nights event, Universal announced another house late last night via its Twitter feed:  Alien vs. Predator.

Though it has been awhile since an Alien vs. Predator film has been released in cinemas, the house will be celebrating the legacy of this franchise. Universal recently previewed what fans can expect from this new house.

The new Alien vs. Predator house (coming to both the Orlando and Hollywood parks) is certain to scare even the bravest attendees! Check out the trailer below and read on for the three elements that will scare the pants off guests this year!

1. Aliens and Predators will be represented by both scare actors and puppets

It was confirmed on both the Halloween Horror Nights Twitter accounts as well as the Universal Close Up blog that this house will make extensive use of scare actors as well as puppets to bring the unique creatures of Alien vs. Predator to life. This is an especially encouraging sign, as many of the aliens especially have body structures that don’t lend themselves well to scare actors or immobile props.

2. Plenty of iconic locations from the film will be represented 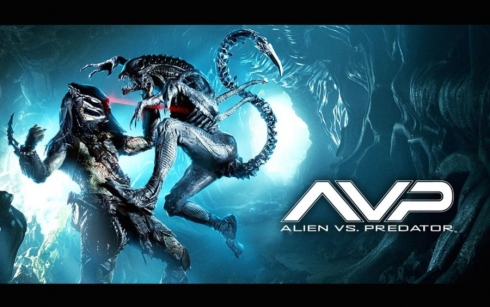 While the title of this house lets attendees know up front what kinds of creatures to expect in this house, film buffs will be happy to know that several locations from the films in this franchise will be re-created inside this house. The action will start off inside one of Weyland-Yutani’s secret facilities, and from there attendees will navigate through a number of iconic scenes, including an alien egg nursery. There will also be a scene that will feature a Predator ripping the spine out of a victim.