Once upon a time, Disney introduced an area catering to adults interested in a vibrant nightlife on property.

Dubbed Pleasure Island, this complex featured a variety of restaurants, nightclubs and entertainment choices designed to appeal to young adults. However, all of the nightclubs at Pleasure Island were shuttered in 2008, and as the move towards a rethemed area began gaining traction towards what will eventually become Disney Springs, Pleasure Island closed altogether.

According to the rumor mill, this closure was because of waning attendance levels but the official Disney line is that guests wanted a more “family-friendly” experience, and the nightlife area felt out of place.

Whatever the reason, it looks like Disney is looking to get back into the nightlife scene, and Epcot could be ground zero for this second attempt. Don’t believe me? Here are two signs that suggest Epcot’s World Showcase is about to become Disney’s answer to Universal’s CityWalk.

1. The Epcot “After Hours Wind Down” has been extended 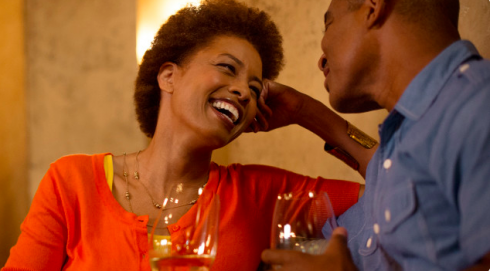 First announced as a limited time event at the beginning of the summer, the Epcot After Hours Wind Down has been extended through the first week of November. For those who hadn’t heard of this event before, the after hours wind down costs $35 and allows guests to hang out in one of four different lounges including La Cava Del Tequila and the Tutto Gusto Wine Cellar and enjoy a flight of alcoholic beverages and some light snacks.

So how does this event tie into Epcot’s nightlife destination aspirations? First off, it keeps guests in the parks longer, and puts them in a social setting, not unlike a bar. Those who have been to this event liken the atmosphere to that of a local pub. And while only a single beverage flight is included in admission, all lounge locations have fully stocked bars so attendees can keep the good times flowing for several hours in this casual setting.

I don't think EPCOT. Is the place for partying til you pass out! I like the idea of a few nightclubs at Downtown Disney.....bring back the ADVENTURES CLUB AND THE COMEDY WAREHOUSE! Those were two very popular places back during Pleasure Islands hay day. Unique Dianey style atmosphere! And tons of fun! The buildings are still there so why not! I just don't think a Disney Park is the place to premote party- drinking!!

Alcohol at the parks is not the problem. Of course there are the occasional idiots that overdo it. However, the worst behaviors I have seen at the parks have had nothing to do with alcohol. They include seeing a grandmother intentionally ramming others with a stroller with grandchild on board and having an obese person that "needed" a motorized cart to get around knock my child to the ground as he bolted to the buffet line at Tusker House.

These Disney events are clearly designed for over 21 guests.
I think a Disney after dark for adults is a great idea, especially for those of us who go to WDW without children.
There are more of us than you might think, and the friendly atmosphere of Disney seems to keep it all fun.

Disney is a family resort and should stay that way. I don't like unlimited drinking at all - it's one thing to have a drink or glass of wine at dinner. It's entirely another to allow free-flowing alcohol tthroughout a park - any park!

Stop these insane events and do what you've done so well over the years - create magic for kids and adults alike.

Went to food Festval in Epcot 1x...there was too much over indulgence of alcohol...people got so loud we could not hear Illinations over the carrying on...they were having fun but it really took away from the presentation. I am not in favor of free flowing alcohol in Epcot. Will not go back for that event...we are DVC members so we visit once a year.