However, for all the new attraction openings we see every year, there are also attraction retirements that are announced. Here are three attractions that you can still experience right now, but are set to close forever in the next few weeks as the summer theme park season winds down. 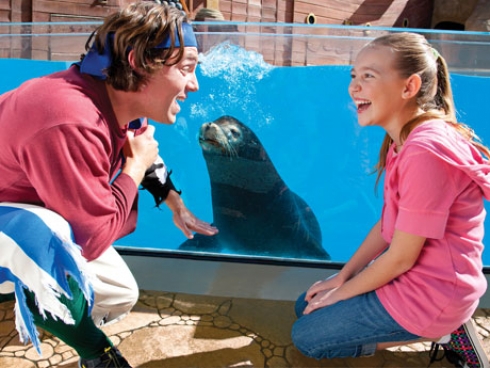 Clyde and Seymour Take Pirate Island has been a staple at SeaWorld Orlando for 15 years, becoming the longest-running show in SeaWorld park history. However, this seal duo will take their last bow on Pirate Island on August 10th, 2015.

Sea lion fans shouldn’t despair though, as Clyde and Seymour won’t be gone for long. After a refurbishment period of unspecified length, a brand new Clyde and Seymour show is expected to debut sometime either in late 2014 or in early 2015. Current rumors suggest a back-to-school themed show, but nothing official has been released as yet. 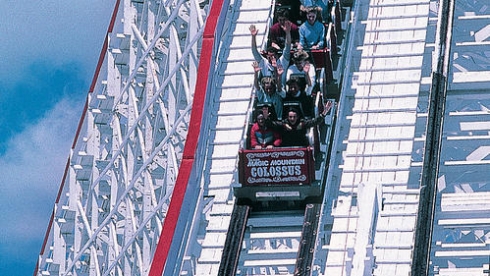 After 36 years at Six Flags Magic Mountain, wooden roller coaster Colossus is set to close on August 16, 2014. This wooden roller coaster was a fan favorite, and features two side by side tracks, a top speed of 62 mph and a 115 foot drop. Six Flags has not announced what they will be doing after Colossus’ closure, but some have speculated that the ride’s twin tracks could be combined. The resulting ride (rumored to be re-named “Iron Colossus”)  could potentially take the crown as the longest wooden roller coaster in the world.

Of course, Six Flags could just demolish the area and build an entirely new attraction in the space that Colossus occupies currently, but many are pointing to Six Flags’ lack of announced plans as evidence that the Iron Colossus project is a go.

Sometimes, getting rid of an attraction is a REALLY bad idea!! Turning WDW's only adult oasis, Pleasure Island, into more shops and restaurants?? Ugh. Still regretting to this day that they foolishly did that.

Well,maybe they need to think family friendly,instead of what their rival theme parks have. It's a different experience,so if you want to have some adult time,go to universal!

I disagree. Walt Disney World is a massive space that is almost 100% family-friendly. Why would Disney want to encourage you to go to Universal for adult time? There are MANY adult-only parties that vacation at WDW. There are so many shops and restaurants already. Offering a diversity of options to keep the adults on property seems to be the smartest thing.

Now that HP is at Universal, it appeals to me, but other than that, I'd rather stay at my favorite place on earth.

I agree. I miss the PI nightclubs. Having grown up in Central Florida it was a great place to go. If you were young and went to the clubs there your parents didn't have to worry as much because it was Disney. There's no better security. I'm too old for that now but I wish it still existed for my daughter.

The Quake at Kentucky Kingdom was replaced with a water slide. ARGH!