11 Stunning Sights From the Grand Opening of Universal's Diagon Alley

July 8, 2014 was a banner day for Universal Studios with the opening of the much anticipated opening of the Diagon Alley expansion of the Wizarding World of Harry Potter.

Crowds began piling in at 5am, and the new area was quickly filled to capacity before noon. If you didn't get a chance to check out Diagon Alley's Grand Opening, here are 11 photos showing off Diagon Alley's first full day. 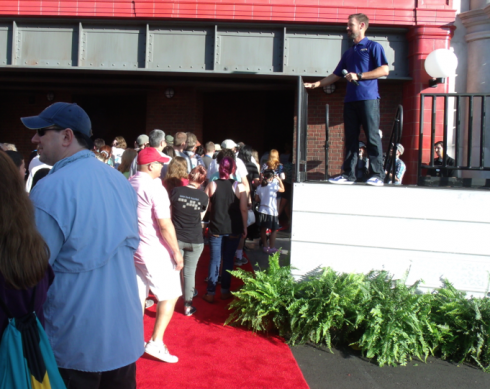 The red carpet was rolled out early in the morning, and guests were granted access in waves through London starting exactly at 8:00am.. 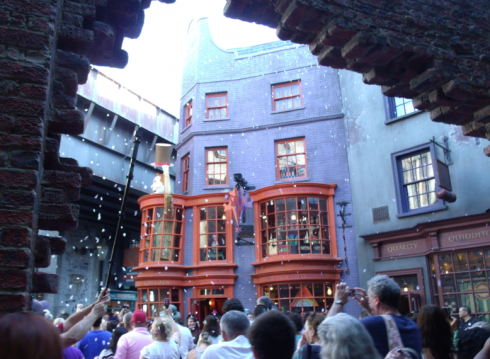 Confetti streamed down onto the first thousand guests as they walked the red carpet. 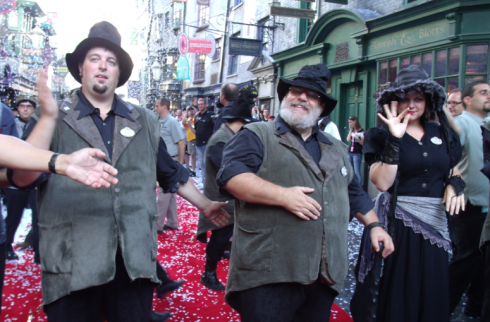 Smiling team members were there to help guests find their way to the Gringotts queue, which filled up instantly. 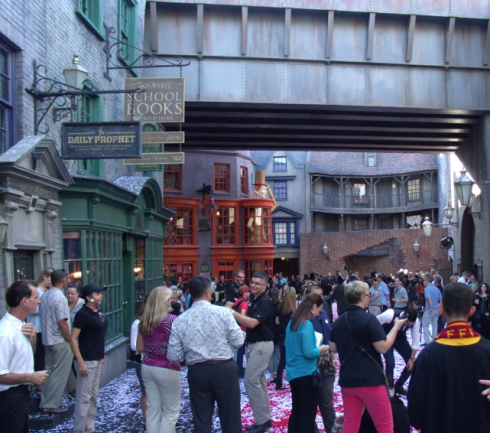 The view from behind the Diagon Alley entrance. This area was sparsely populated because everyone was heading to Gringotts. 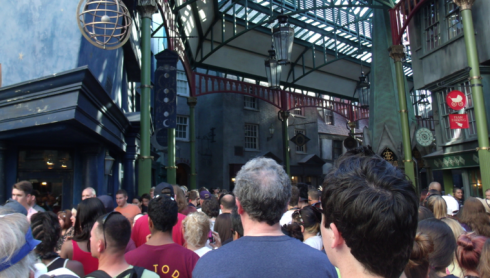 The queue for Gringotts took up the entire Carkitt Market area, and then wrapped around a lone switchback that returned guests back to the ride area. The scene was pandemonium! 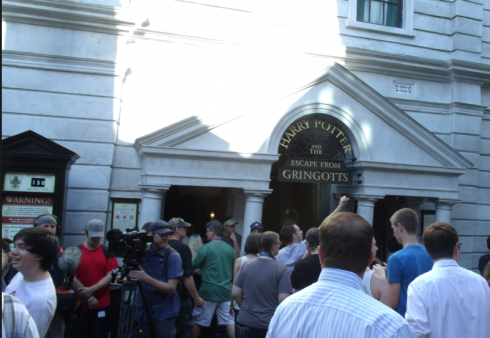 The Escape from Gringotts wait time reached 150 minutes instantly, but ballooned to 450 minutes by the middle of the day. In case you were wondering, you could watch the first three Harry Potter films in the time it would take to get through that queue! 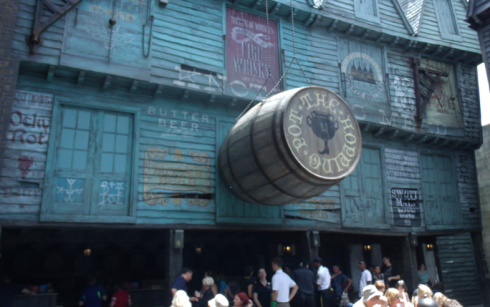 Since Gringotts was so busy, other areas, like The Hopping Pot (where you can get specialty drinks like Fishy Green Ale and alcoholic beers like Dragon Scale and Wizard's Brew) remained blissfully uncrowded. 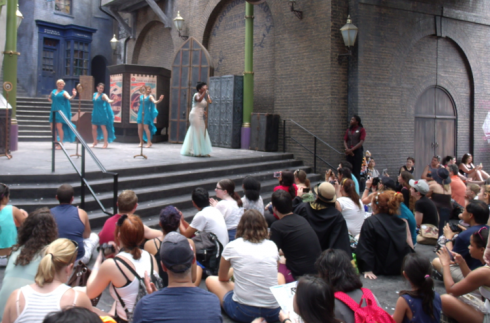 Crowds gathered for a mid-day performance by Celestina Warbeck. 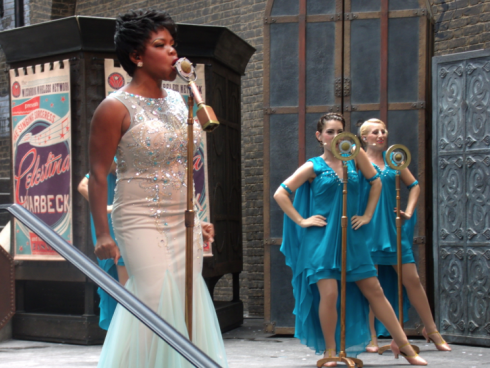 A closer look at Celestina Warbeck. 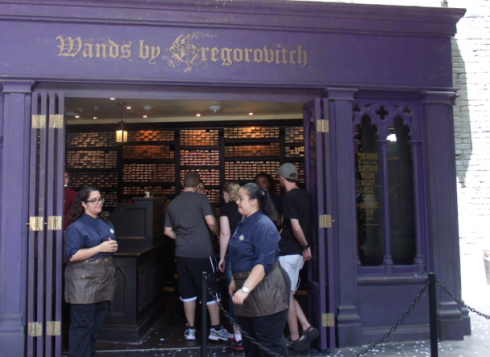 Though crowds were consistent at Olivanders, Wands of Gregorovitch didn't enjoy the same popularity (despite selling the exact same wands). 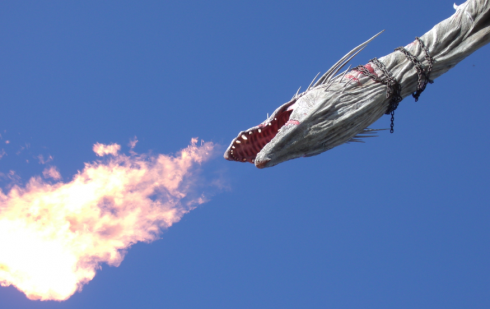 The dragon breathed fire every 30 minutes or so, and guests almost always erupted in thunderous applause when it did. Fun detail: there is an enchanted tea kettle near the dragon. Watch as it boils when the dragon breathes fire in its direction!

Though opening day at Diagon Alley was full of crowds, the excitement in the air was electric. Are you planning on visiting Diagon Alley this summer, or will you be waiting until the crowds die down this fall?

is the area any larger than the other side ?

Yes, MUCH larger. It also comes full circle, so you're not forced to backtrack as much.