When Disney announced its Frozen Summer Fun – Live at Disney’s Hollywood Studios event, one thing seemed curious…why was there no FastPass+ integration?

Well, it seems we finally have an answer to that question: because Disney is selling faster access to the Frozen-themed attractions as an upcharge “package” for the event. If you want to skip the lines and get premium viewing for the fireworks/parade, you’ll have to pay $59 per adult and $34 per child. Looking beyond this single event, could premium upcharges and hard ticketed events make events that have historically been free with park admission more expensive?  Let’s look at the evidence.

1. A previous event included with admission has already been switched to a hard ticket 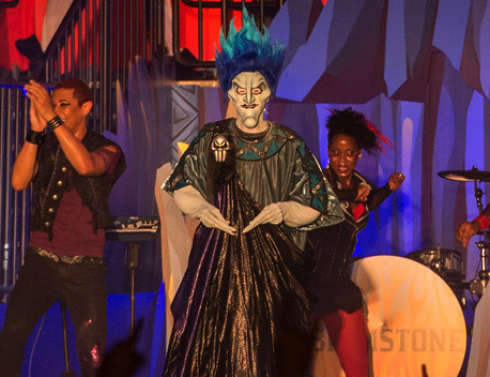 Last year, Disney held an Unleash the Villains event on Friday, September 13 at Hollywood Studios that was included with park admission. This year, Disney is holding a nearly identical event (now called Villains Unleashed) and is charging guests $62 for a hard ticket. Could other previously free events get the same treatment?

For those with their Walt Disney World calendar handy, the next big event is Food and Wine festival. Though it’s doubtful that Disney would close this entire event off by turning it into a fully hard ticketed event, it wouldn’t be surprising to see more extensive “packages” this year than we have in the past, and perhaps even special areas/offerings for specific types of ticket holders. Perhaps a Food and Wine “street party” along the lines of the Harambe Nights event could be in the works.

Though the premium package for Frozen isn’t technically necessary for those wanting to experience the Frozen Summer Fun – Live at Disney’s Hollywood Studios event, when you combine its existence with the FastPass+ lockout, its clear that Disney is pushing guests who are visiting Hollywood Studios specifically for this event towards the premium package. If the Frozen event were to make a return next year, I would not be surprised if it became a hard-ticketed event, similar to what happened with Villains Unleashed.

It has been said before that Disney has seen the success of SeaWorlds Discovery Cove in that there are people will to pay for a lower capacity premium experience. Some expected Disney to open another park to offer an "adults only" premium experience.
In actual fact it seems Disney are offering premium experiences at their existing parks. Events like Harambe Nights and Epcot After Hours offer an "adult" dining experiance. Disney have also realised with the success of the Fantasmic (at Disneyland) and Wishes (at WDW) dessert parties they can offer this with other fireworks and are doing so at IllumiNations and the new Studios fireworks for Frozen & Star Wars.

If guests are willing to pay for these I see no reason not to offer them, particularly as the main offering is a dessert party, its not just about the reserved seating/viewing. However if they start sellign so many "reserved" places for a show that there is no chance a regular guest will get in (ie 80% is reserved) then they should sell that show as only paid for and remove the free option.

Annual pass holders are taken for granted by universal and disney

I will not be paying a hard ticket for villains

Annual pass holders are taken for granted by universal and disney

I will not be paying a hard ticket for villains

I'm hoping that a lot of these extra ticket prices are just to help minimize the financial impact from all of the new construction happening right now.. Wishful thinking haha hopefully disney has not lost the sight of where it has come from and Walt Disney's original dream

Ok, first of all, not having the villains event hard-ticketed last year was a huge mistake. It became one of the biggest cluster messes that Disney has ever seen because attendance wasn't limited by having a ticket. I think making it hard-ticket is absolutely necessary and smart. Mickey's Not So Scary is hard ticketed as a special event and no one seems to mind that.

Second, let's not have false advertising in this article. The Feel the Force package only gave you VIP viewing to the motorcade and fireworks and the "light snacks" were ice cream and deserts. It did NOT include seating for any of the shows. There was a second, much more expensive package that DID give guaranteed seating to the shows, an included lunch, exclusive shopping time before the park opened, and time to ride the rides in Studios without having to previously book a fastpass in addition to the benefits of the Feel the Force package. Because of the price point, it did not sell out every day like the other package, but listen. They ARE giving various options while not shutting everyone out from annual events. If you wanna go at your own pace and on your own time have at it. If you have a little more to spend and you want even more of the experience, go for it.

If you don't like any of this, then stay home. Disney is by no means going to crumble without you visiting. There are annual passholders who don't renew their passes everyday, yet Disney is still thriving. Knock off the sense of entitlement and/or find a new place to enjoy if you can't handle these events and their special packages.