Merlin Entertainments has announced that the a new Legoland park will be built in Nagoya, Japan, and is scheduled to open in 2017.

The announcement of this new park is the latest in a planned global expansion that will culminate with 20 Legoland locations around the world.

Although Japan currently plays host to an indoor LEGO Discovery Center in Tokyo, this will be the first full Legoland theme park to come to Japan and the second to come to the Asian region (Legoland Malaysia opened in 2012).

Details about what kind of attractions park-goers can expect from Legoland Japan have not been released, but it is likely that the park will take a nod from other Legolands around the world and feature LEGO cityscapes and a variety of rides aimed at children aged 2-12. 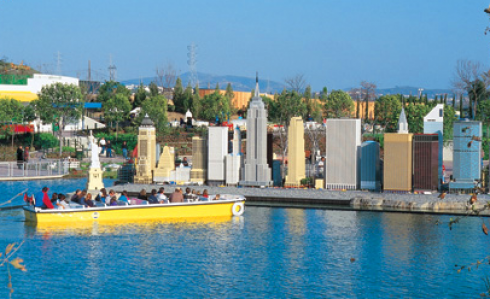 The park in Japan is said to cost $320 million dollars and will be run under an operator and lease model.

Merlin chief executive Nick Varney said in a statement announcing the project that this new effort is in keeping with the Merlin’s overall strategy of “opening a new [Legoland] park every two to three years”.

In addition to Legoland Japan, there are Legoland projects currently planned or under construction in Saudi Arabia, South Korea, and The Philippines. Once completed, these new venues will bring the number of global Legoland parks up to 11.