If you’ve been to Universal Studios Florida any time in the past few weeks, you may have experienced the so-called “Potter Watch” taking place outside the gates of King’s Cross station. For the uninitiated, every morning, about 50 or so fans begin lining up outside the gate, and crowds swell to the hundreds by mid to late day, as eager fans try and get an early glimpse of The Wizarding World of Harry Potter - Diagon Alley ahead of its official launch on July 8.

Though it is exciting to wait for soft openings (and a great way to make new friends) there is a lot of misinformation circulating among those waiting for a sneak peek. If you are planning to head out to Universal Orlando in the coming days to join in the #PotterWatch crowd at Diagon Alley, here are four misconceptions you should know about.

1. Team members have advance knowledge of when soft openings will occur 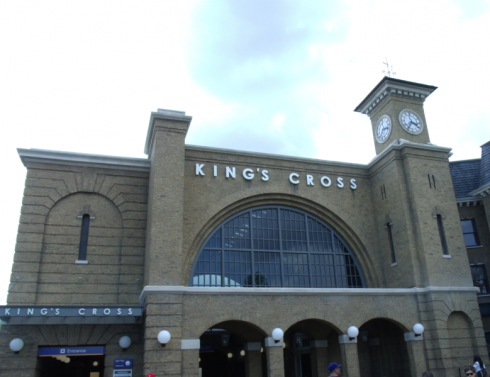 When you see a yellow-shirted team member waiting on the other side of the gate, the situation can seem intimidating. Surely this person knows more than you do, and since they work at Universal, someone must have told them the soft opening schedule.  Unfortunately, this notion couldn’t be farther from the truth. Team members likely won’t know a soft opening is going to take place until a few minutes prior to the gates being opened up. Team members stationed near the gates don't have any “insider knowledge”, and while there are definitely credible rumor sources out there, harassing yellow-shirted team members won’t glean you any extra knowledge.  If a team member says they don’t know about a soft opening, take them at their word and move on.

2. If there are staff in costume, a soft opening is imminent 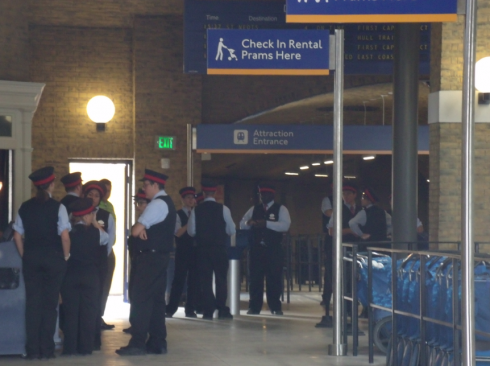 Like amateur detectives, many fans waiting outside the gates of Diagon Alley look for clues that could signal a soft opening is about to happen. However, one thing that absolutely does not mean a soft opening is imminent is the presence of contumed employees.  Dress rehearsals, VIP tours, or even special events could be taking place, all of which require costumed staff and have been going on to varying degrees over the past few weeks. While it certainly is exciting to see team members in costume, simply catching a glimpse of these employees doesn’t mean that a soft opening is about to take place.

As a pass holder I would wait a week or two and go early on a Tuesday. I've seen the construction for almost two years what's two more weeks.Don't fall prey to all the hype.

Only losers would wait around all day for the remote chance to get to ride an amusement ride that is over a week away from opening. I think I would make these nerds surrender their lunch money if I saw this.

Wild horses could not drag me to the parks on opening day! I absolutely don't blame folks for looking out for a soft opening this week, since packages with entry included were sold for starting 6/29. And certainly would rather see in soft openings with say 20,000 people vs on opening day with 2 million people. Perhaps you never saw photos of the line on opening day at IOA Hogsmeade, when the lines wrapped outside the park and all the way across Citiwalk.

I realize there are hardcore fans out there, but if you know the area will be open next week (7days from today), why not wait for the official opening date? With July 8th as the only guaranteed date, why not just plan your visit for then?

Many people planned their trips before knowing the opening date, considering it just came out a couple weeks ago. They probably knew they wanted to definitely come this summer, and that kind of trip is something you usually plan well in advance, so they probably planned it and hoped that it would open before they got there. Now, they have to just wait and hope for a soft opening. Sounds like there might be some locals there too going all the time and waiting, probably just because a soft opening is going to be way less crowded and chaotic as it will be after the grand opening. So it will be more enjoyable for them during a soft opening.