Mark your calendars! Universal announced Wednesday during its media preview event that The Wizarding World of Harry Potter - Diagon Alley will host its Grand Opening on on July 8, 2014.

Of course, this doesn’t rule out any soft openings before that date (we’ll let you know if and when those might occur) but if you want to make sure that you are there when this expansion finally opens (and don’t mind braving the sure-to-be-intense crowds), July 8 is your date. 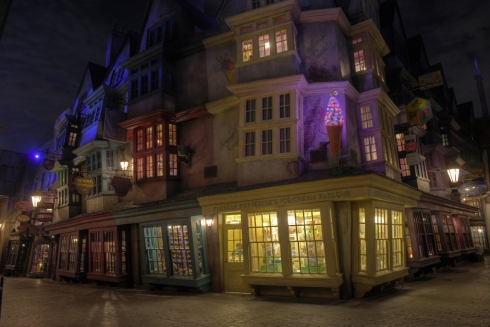 As this week's media event goes on, we should receive more in-depth details about the expansion, including information about Ironbelly the fire breathing dragon (which was spotted being tested and actually breathing fire yesterday), theHarry Potter and the Escape from Gringotts ride, and of course the Hogwarts Express train.

Universal has even teased some "surprises" for fans this week, so we'll make sure to pass those along as well!

Has Universal released more information on the "mystery shop" yet? I heard brief mention about it, but never heard more.