The 2013 TEA/AECOM annual attendance report was released several days ago. Tucked away in the facts and figures are some interesting trends worth paying attention to.

A quick word on methodology: The statistics cited in the TEA/AECOM report are a combination of self-reported statistics from parks and publicly available financial reports. Though these numbers are great for looking at overall trends, they are no means exact, and are at best, rough estimates of overall attendance at theme parks.

For quick reference, here's the TEA's list of the top 20 best-attended theme parks in the world in 2013:

Now, let's take a look at 3 questions raised by these figures.

1. Disney California Adventure’s redesign and expansion is paying off – could similar redesigns hit other Disney Parks?

Disneys California AdventureImage © DisneyDisney California Adventure increased attendance in 2013 by a whopping 9.5% over 2012, which makes puts in second place for attendance growth for 2013 (read on for #1). That’s certainly a staggering number, and worth paying attention to, especially as other Disney parks like EPCOT and Disney’s Hollywood Studios grew at a paltry 1.5% and 2.0% respectively during the same time period. Could similar redesigns/expansions be in the cards for these two flagging parks?

Redesigns for EPCOT have been rumored for some time, and the addition of an expanded Star Wars “land” could inject some much-needed enthusiasm into Hollywood Studios. With the California Adventure expansion bringing much needed growth to that park, it could be a compelling reason for Disney to re-invest some time and money into updating EPCOT and Disney's Hollywood Studios.

Meanwhile, European Disney fans will be dreaming of a major upgrade to the much-maligned Walt Disney Studios park.

2. Could the Blackfish effect be real? 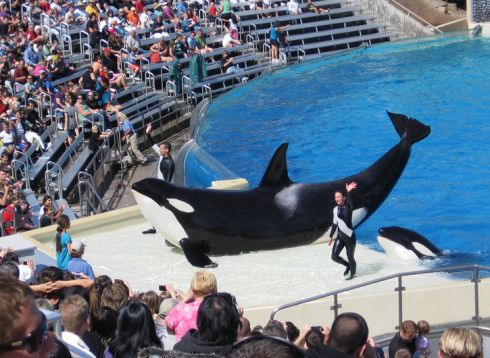 Sea World OrcaImage © Sea WorldThe film Blackfish certainly stirred up some controversy when it was released last year, but Sea World employees and fans were quick to discredit the film and encouraged viewers to visit the SeaWorld parks and decide for themselves whether the marine animals kept there were being ill-cared for. However, the data is in for 2013, and the news isn’t good. Attendance was down at both Sea World San Diego and Orlando by 3 and 5%, respectively. In fact, Sea World Orlando had the second-biggest drop of the top 20 parks, surpassed only by the 6% drop experienced by Busch Gardens Tampa.

Though it’s easy to dismiss these figures as natural attendance variation, the fact is that 2013 should have been a banner year for SeaWorld Orlando, as the park debuted its much-publicized Antarctica: Empire of the Penguin Attraction in mid-May. The fact that SeaWorld Orlando not only failed to gain traction during this period, but also saw some steep drops points to something else at work. Could that be the backlash over Blackfish? It’s hard to say for sure, but all the negative publicity regarding this film certainly didn’t do the parks any favors in 2013. 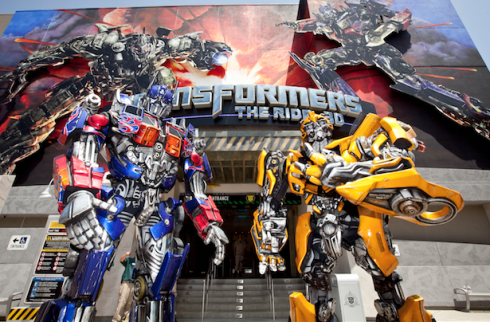 Interestingly, the park that experienced the most growth during 2013 was Universal Studios Florida, which saw the opening of two new attractions. Could both of these licensed attractions point to more licensed attractions in the future for other theme parks? Certainly, the expansion of The Wizarding World of Harry Potter into Universal Studios Florida will propel the park towards even more growth next year, but looking beyond that, could we see a greater shift in the theme park industry towards license-based attractions (rather than those based on original storylines and characters)? Disney is probably hoping so with the planned 2017 opening of Pandora: The World of Avatar in Animal Kingdom.

Overall, theme park attendance in North America was up in 2013 by 2.7% (and up 5.4% among the top 10 worldwide theme park groups). Will 2014 see similar growth metrics? With the aforementioned opening of Diagon Alley as well as the completion of New Fantasyland with the Seven Dwarfs Mine Train, you can bet there will be plenty of new attractions for park-goers to experience, and it will certainly be interesting to see where these numbers go next year.

WTF. Disneyland and DCA are ONE theme park, the Disneyland Resort. And Magic Kingdom, Animal Kingdom, Hollywood Studios, and Epcot are all ONE park, Walt Disney World. I mean if you play by the rules this article is using, then Universal Studios get on twice for its two halves.

Well both universal Orlando parks are on the list. Guess you missed that

The Walt Disney World theme parks ARE separate parks though. You have to pay separate admission to each one unless you pay extra for the "park hopper" tickets. Same for the two Universal Studios parks. By your logic, 9 out of the top 10 parks should be listed as one, since they're all Disney owned. Then you'd never know the disparity between visitors of Epcot and visitors of Magic Kingdom. Thousands of people visit MK each year and never set foot in Epcot.

Really???? Clearly you cannot read and are not a fan of Disney theme parks.... smh

Pandora is not supposed to open until 2017. Have I missed something?