When it opens in Spring 2014, the Seven Dwarfs Mine Train roller coaster at Disney's Magic Kingdom will boast two innovative new features.

Disney had previously revealed that the coaster would feature a new ride system that will see its trains swing from side to side as they round the corners in its track. Now, it has unveiled the new-look audio-animatronic characters that will feature in the attraction's dark ride section, which it describes as "the most advanced audio-animatronics Walt Disney Imagineering has ever created".

With the first riders having experienced the attraction and a soft opening rumored to be due to begin soon, let's take a look at how the dwarfs themselves will appear in the Seven Dwarfs Mine Train.

Disney first introduced audio-animatronic, human-like characters back in the 1960s, when a robotic version of Abraham Lincoln took the 1964/65 New York World's Fair by storm. Since then, hundreds of lifelike figures have appeared in Disney attractions all over the world. 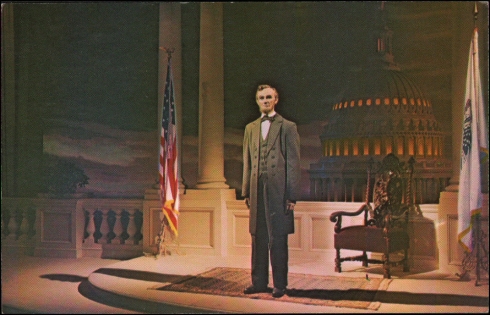 The dwarf figures in the Seven Dwarfs Mine Train will mark a major departure from Disney's traditional approach to animating its audio-animatronics. The movements will still be created using robotics, although Disney claims that they will be smoother than ever before. 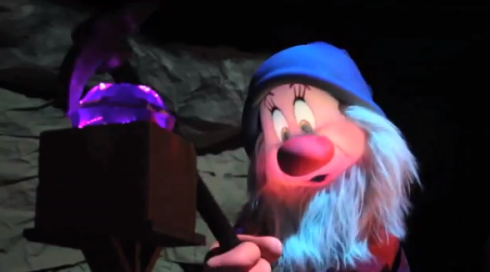 However, the facial expressions of the dwarfs will be projected onto them - something that has been attempted in other theme parks' attractions before. The difference here is that whereas faces are normally projected onto static heads, in this case the dwarfs are moving. The overall effect is strikingly close to the original characters in Snow White and the Seven Dwarfs, as can be seen in the two videos below:

Of course, the dwarfs are cartoon characters. It will be interesting to see if Disney brings this new projection effect to realistic human characters in future - perhaps starting with Pirates of the Caribbean - Battle of the Sunken Treasure at Shanghai Disneyland.

Ok, the dwarfs are ok......where's that first shot of Snow White and the Wicked Queen?

Their abilities amazes me so,that there are no words to describe what they can make them do. I am 52 years old and will never get tired of going to Disney! I can be a kid for a day a least. Fantastic job!