Universal Orlando has filed plans to build an enormous new ride at Islands of Adventure, fueling speculation that a new attraction themed around King Kong is on its way to the park.

The plans were submitted to the South Florida Water Management District, and refer to "Project 340". They show the site for the proposed new attraction, which would sit between the existing Jurassic Park and Toon Lagoon areas. There have already been early signs of construction work in this area, with balloons being used to measure the potential height of buildings and other structures.

The image below shows the location of the planned addition. The entire project area covers around 4.5 acres: 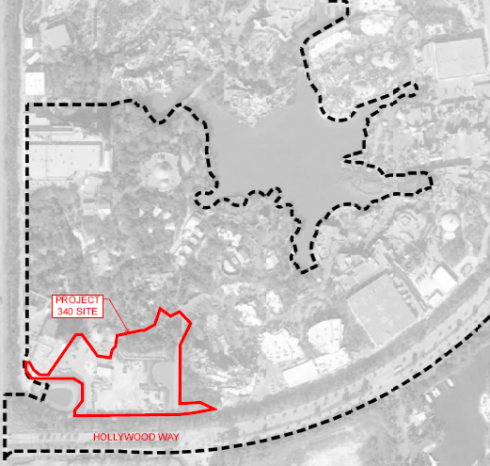 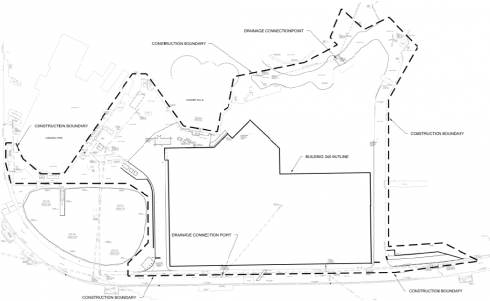 What will actually sit inside that building? Rumors have suggested an attraction based on either Jurassic World (the fourth film in the Jurassic Park series, due for release in 2015) or King Kong.

The Kong reports are currently dominating, with Screamscape suggesting that the headline ride will not be a simple recreation of King Kong 360 3-D at Universal Studios Hollywood. Instead, it could be a major dark ride with outdoor sections featuring high-capacity, safari-style vehicles. These would take guests on a tour of Skull Island, King Kong's home. 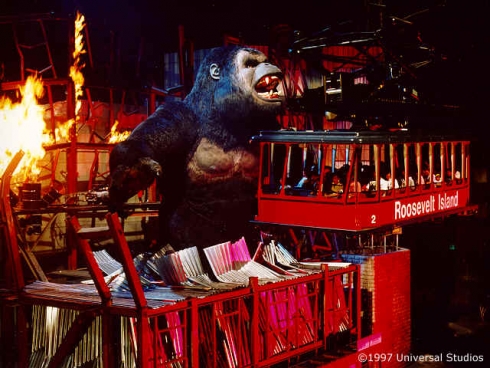 King Kong was the star of Kongfrontation, one of Universal Studios Florida's original headline rides. It closed in September 2002, being replaced by the Revenge of the Mummy roller coaster.

Well this is exciting!
Got to love Universal at the moment with their financial & technological investments!

And this from a Disney boy, but unfortunately what has Disney done to compete?

Wow i cant believe i just looked at the size of this and said wow. What ever it is they will do a good job of it. I just wish Disney and Merlin would start to follow suit