Walt Disney World and Univeral Orlando, both of which are due to open major new attractions within the next few months, have increased ticket prices for the summer 2014 season.

At Walt Disney World, a single-day ticket for entry to the Magic Kingdom will now cost $99, a $4 increase. Single-day entry to Disney's Hollywood Studios, Epcot or Disney's Animal Kingdom has risen to $94, also a $4 rise. There are larger increases on multi-day Magic Your Way tickets of around $15, while there are also minor increases to the cost of the Park Hopper and Water Park Fun and More options of $1. However, the cost of the Park Hopper option for 2-3 day tickets has actually decreased by $10 to $49. Both standard and premium Annual Passes now cost $25 more, at $634 and $725 respectively. 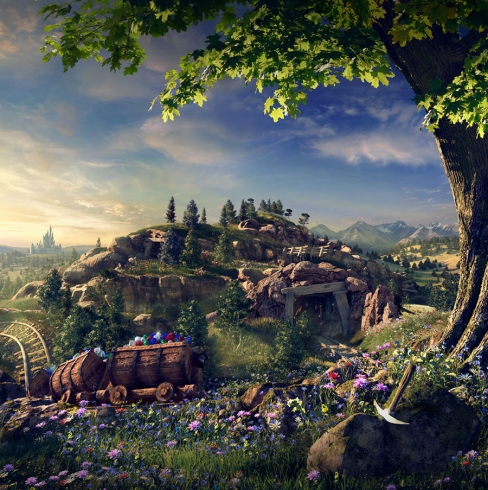 The Seven Dwarfs Mine Train roller coaster will open at the Magic Kingdom in spring 2014, completing the line-up of the expanded New Fantasyland. This goes some way to explaining why Disney has hiked prices twice inside eight months.

If you're planning to buy Walt Disney World tickets, we recommend using the ticket price calculator over at TouringPlans.com to find the best deals from Disney and official resellers.

Universal Orlando, meanwhile, will now charge $96 for entry to Universal Studios Florida or Islands of Adventure, exactly matching Disney's $4 increase. As at the Disney resort, per-day prices are cheaper for longer-duration tickets. For example, a two-day ticket without Park-to-Park hopping privileges costs $155.99 ($78 per day).

The largest price rise at Universal Orlando is on the Park-to-Park option. For a two day ticket, this now costs $40 extra - double the previous price difference. The reason? The installation of the Hogwarts Express attraction, which will link the existing Wizarding World of Harry Potter - Hogsmeade at Islands of Adventure to the under-construction Wizarding World of Harry Potter - Diagon Alley at Universal Studios Florida. Guests will only be able to ride the train with a Park-to-Park ticket.

Having got back from Orlando less than 2 weeks ago, I would like to comment on the above feature. I went to both Universal Studios and Islands of Adventure and being a 6 times visitor, and always saying that Orlando parks are the best in the world, I now retract that statement. It feels like Orlando has been taken over by whom I'm not sure and have only been privvy to rumours fed to me on the return flight by a homer owner in Orlando. My personal experience was one of digust at the capitalisation of Islands of Adventure. I wanted an express/fast pass for the rides and was offered umlimited express pass rides for an extra $90, this was on top of the entry fee. I got one for one express pass on each ride for $69 instead. What they don't tell you is that the Harry Potter ride is exempt this and there was no express/fast pass for this ride. Had I known I would not have wasted my money as that was the reason I had actually bought the darn thing. Things have shanged so much that (I never thought I would say this) I will not be returning to Orlando for the parks. Far from being reasonably priced Orlando is now very expensive and I pity the parents that take children there as there will be some broken hearts from both the children and the parents.