The Disneyland Resort Paris has released a new trailer and concept artwork for Ratatouille: The Ride, which will open at Walt Disney Studios in summer 2014.

The images and video offer a look at both the ride (known by its full name of Ratatouille: L'Aventure Totalement Toquée de Rémy in France) and the surrounding Paris-themed area, dubbed La Place de Rémy. Both are inspired by Pixar's 2007 animated movie.

The ride will begin in Gusteau's restaurant, before taking riders on a wild chase through key scenes from the movie. Disney claims that it has invented a completely new ride system for the attraction, which will feature 6-seater "Ratmobiles". In reality, it will be similar to the trackless systems employed by Pooh's Hunny Hunt at Tokyo Disneyland and Mystic Manor at Hong Kong Disneyland, allowing for full 360 degree rotation of the cars.

Riders will pass through the restaurant's kitchen, dining room and walls, whilst being chased by the mischievous Chef Skinner. They'll also take to the rooftops above Paris. 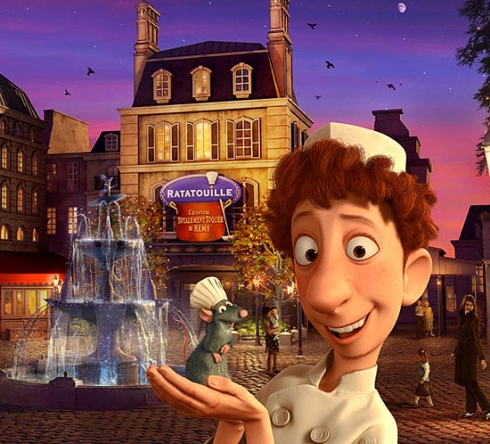 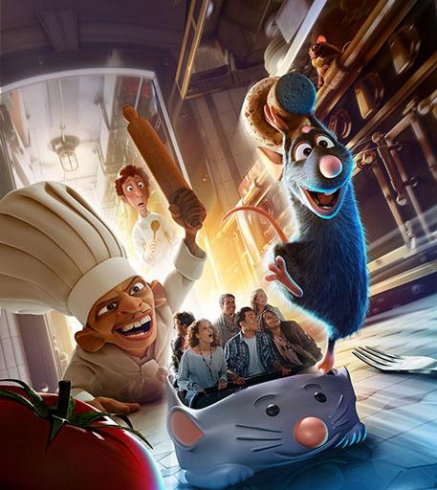 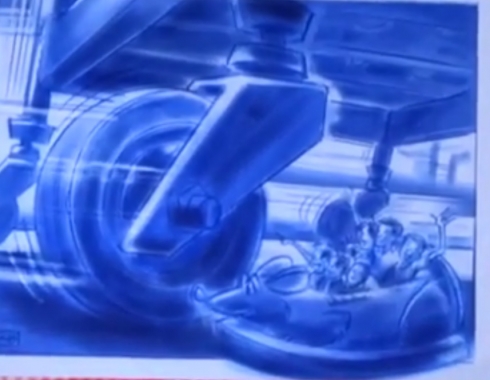 The surrounding area, occupying a corner of Toon Studio, is set to be themed around a Parisian courtyard. As well as several mock building façades, the area will also feature an elaborate fountain.

Part of the ride building's exterior is set to be themed as Gusteau's restaurant from the movie, and the building will house an actual table-service restaurant - Bistrot Chez Remy. This will be adjacent to and visible from the ride, and will, of course, serve ratatouille.

Alongside the restaurant will be a new store, Chez Marianne Souvenirs de Paris. This is due to open later than the ride and restaurant, both of which have been given a vague "summer 2014" opening window. The shop will make its debut in the autumnn.

The teaser trailer for Ratatouille: The Ride is embedded below:

As usual for Disney, the area will be extensively themed. This will include the addition of "hidden Remys" throughout, as explained in the presentation below from Imagineer Tom Fitzgerald.

Cannot wait for this attraction to open! We won't be there until the following Fall (2015), but till then, we'll watch and see it finish materializing, and eventually open this year.