The rumor mill has been buzzing lately with reports that Disney is set to install a new thrill ride based on the "speeder bike" scenes from Return of the Jedi in Disneyland's Tomorrowland, as part of a major Star Wars-themed overhaul of the area. There are also claims that a similar ride could find its way into the long-rumored Star Wars Land expansion of Disney's Hollywood Studios, should it ever receive the green light.

Meanwhile, over at the under-construction Shanghai Disneyland, work is well underway on Tron Lightcycle Power Run, a roller coaster themed around the 2010 reboot of the Tron franchise. Details of the ride are thin on the ground at present, but we expect to see dueling, interlinked lightcycle tracks to help recreate the battles seen in the movies.

Tron Lightcycle Power Run will open in 2015 along with the rest of Shanghai Disneyland. The Star Wars speeder bike ride, meanwhile, is rumored to be in line for a 2016 debut, although it could be much, much later than that. Looking at the two concepts, though, it's clear that there are similarities: 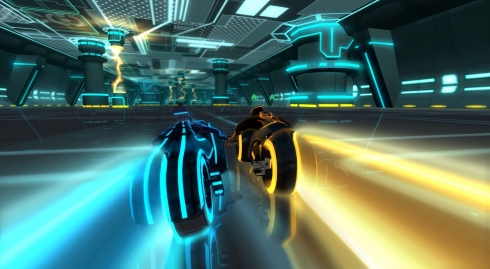 It's not a big leap to suggest that the two rides might employ the same ride system. However, there is no word as yet on exactly which system will be employed. Speculation has focused on existing motorbike-style roller coasters (with some custom Disney adjustments), although it remains possible than Disney might develop something in-house.

Let's take a look at three potential candidates, and consider which is the most likely to be involved in the Tron and Star Wars projects. 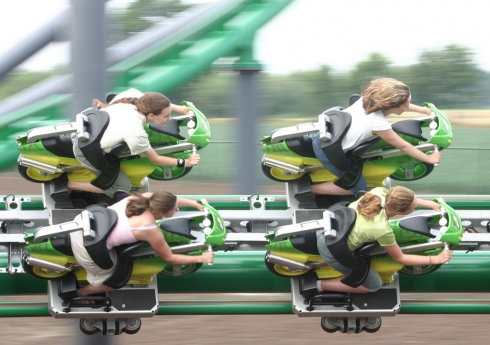 Vekoma is the market leader in motorbike coasters, having introduced the first model at Toverland in Holland in 2004. Its Motorbike Launch Coasters see riders lying in a prone position, just as they would on a lightcycle or a speeder bike.

The company has partnered with Disney on several occasions in the past, including manufacturing of the Big Thunder Mountain rides at Tokyo Disneyland and Disneyland Paris. Most recently, it has worked on the innovative Seven Dwarfs Mine Train, which will debut at the Magic Kingdom later in 2014. This shows that it is capable of customising existing designs, with the Seven Dwarfs ride to feature unique carriages that swing outwards as they round corners. 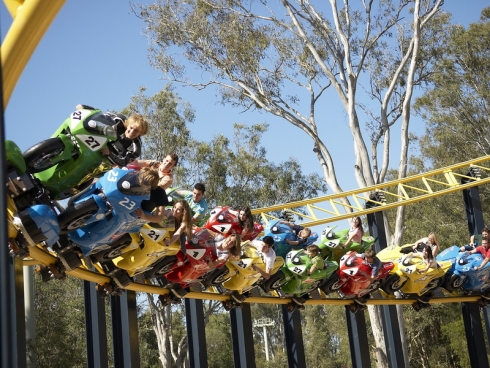 Intamin is one of the world's leading coaster manufacturers, and has a motorbike model of its own. However, it hasn't seen as much commercial success as the Vekoma version, with Mick Doohan's Motocoaster at Australia's Dreamworld having come in for stinging criticism from some riders. The only other installation is at Sea World, also in Australia, in the form of Jet Rescue.

Like Vekoma, Intamin has worked with Disney in the past - including on launched coaster California Screamin' at Disney California Adventure. 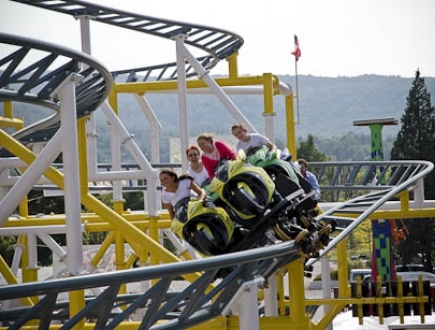 Zamperla's Motocoaster differs from its competitors in that it uses a flywheel launch instead of a hydraulic launch system. The best-known example of the model is Pony Express, a $9 million ride at Knott's Berry Farm that opened in 2008.

So who's involved in the Disney rides?

If we had to hazard a guess, it seems most likely that Vekoma would supply the ride system for the Tron and Star Wars rides. It has a well-suited ride system and a proven track record of customizing attractions for Disney. However, we don't expect to see a standard Motorbike Launch Coaster installation, but rather something that it is adapted to Disney's needs.

Of course, Disney may opt not to use a roller coaster ride system at all - it could use a variation on the Dynamic Structures-built system employed by Test Track and Radiator Springs Racers, for example.