After several years of financial struggles and question marks over its long-term future, the Camelot Theme Park in Lancashire, England finally confirmed that it would close for good at the end of the 2012 season. The park's Managing Director, Roy Page, blamed a combination of the impact of the unusually wet summer weather, the London Olympics and the Queen's Diamond Jubilee for another year of weak revenues.

The shuttered park is located close to the village of Charnock Richard. Despite its long-running issues, at the time of its closure it was still home to some popular attractions, including the dizzying Whirlwind roller coaster and Excalibur 2 spinning inverter thrill ride. Several of these have been procured by and relocated to other parks.

Camelot first opened back in 1983, on the site of the former "Lake of Sir Lancelot". This inspired the park's theme, which saw a number of King Arthur-themed attractions installed. For a long period, the park was twinned with the American Adventure in Derbyshire, which closed in 2007. Camelot had long been expected to meet the same fate, having suffered from declining attendances from 2006 onwards.

The park was acquired by housing developer Story Group in 2009. The credit crunch, which led to a slowdown in construction, may actually have offered the park a stay of execution, and it was subsequently leased to the Knights Leisure group which operated its rides and attractions.

The Story Group has put forward a plan to build a 450-home "green" development dubbed "Park Hall Village" on the site, complete with fitness trails, allotments and woodland areas. Local residents have opposed the plan, claiming that it does not include enough supporting facilities. The scheme was rejected in August 2014.

For now, though, let's take a look at the rotting remains of Camelot, as captured on camera in June 2013.

Props relating to the park's medieval theme are strewn around the grounds: 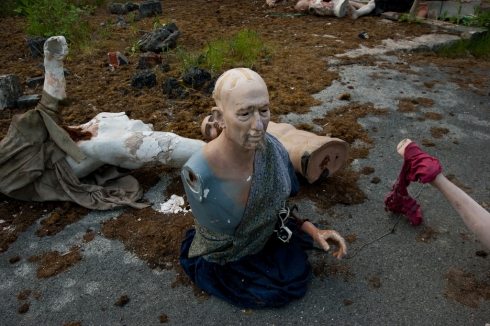 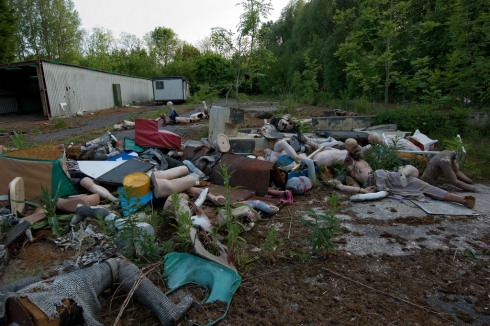 The arena that once hosted jousting tournaments hosted by King Arthur is still standing: 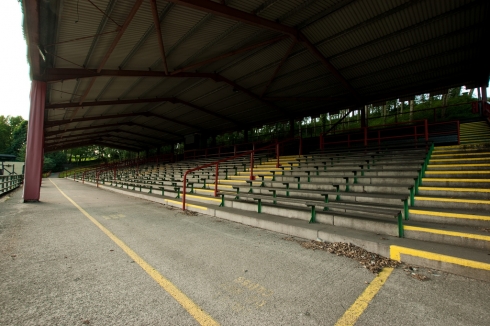 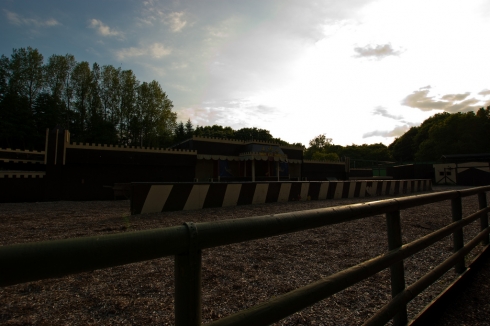 The Galleon swinging ship is lost at sea: 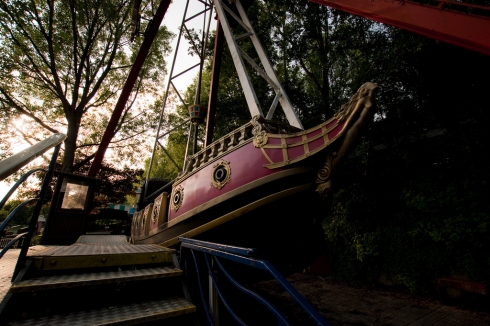 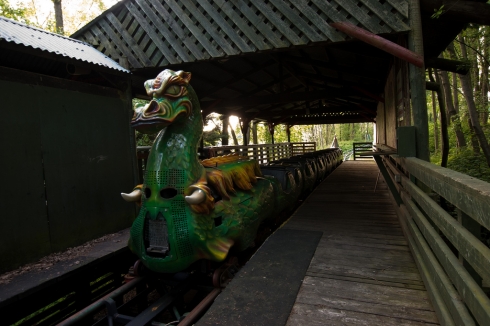 Lack of maintenance has taken its toll: 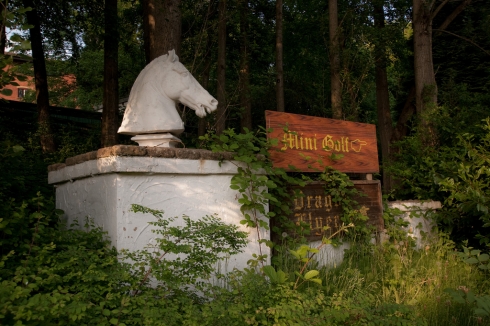 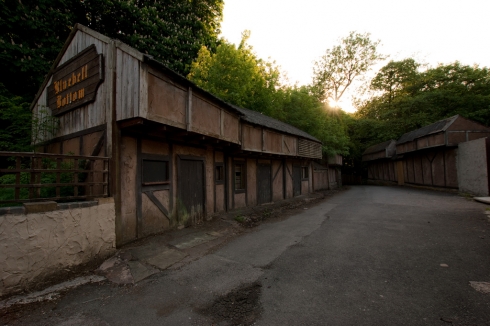 Drove down the M6 today and saw the abandoned park. I visited twice in 2010 and had a good day out.
Some of the rides were out of action, but in general the place seemed well cared for.
Sorry we can no longer support it and I live in hope the housing gets turned down and something can be done.

The owners said that the weather, the royal jubilee and the Olypic Games, reduced visitor numbers and it became uneconomic, but I dispute this. There are other open air theme parks in Britain, that were and are, subject to the same weather and they are still thriving. Also, in a time of recession when the punters had limited funds, to charge £22 admission for adults and the same for children over one metre in height, meant that they priced themselves out of the market for what entertainment was available. It was particularly galling to pay the price and have so many rides out of action.

Im so sad to hear this i have wonderful memories of Camelot from being so young. I loved Puff the Magic Dragon at the entrance and The Beast and Tower of Terror got me into the love of rollercoasters. I really hope somebody takes Camelot on please dont let it go to waste. I would have loved to take my son and my neice there x