Whether you're a fan of family-friendly attractions or thrilling high-speed beasts, 2014 promises to be a great year for roller coaster fans - particularly in the USA. Both wooden and steel coasters are on the menu as new additions to major theme parks, and giants Disney and Universal are both weighing in with high-tech, innovative creations.

What can coaster fans expect in 2014? And what's the latest on 6 of the most exciting new coasters? Read on! 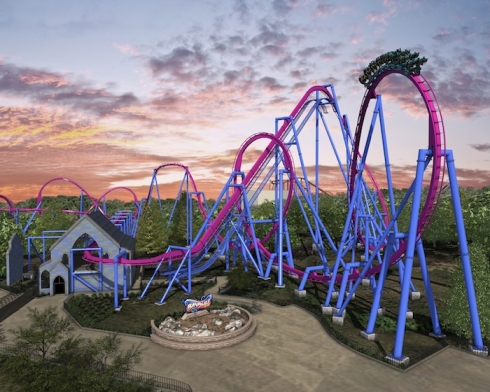 Kings Island is pushing the boat out for 2014, installing the longest inverted roller coaster in the world. Banshee will feature a striking magenta track, which will extend for a massive 4,124 feet. Costing some $24 million to install, it will hit its top speed of 68 miles per hour in the middle of its course, rather than that at the base of its 150-foot first drop. On the way around, riders will race through seven inversions.

The latest: Banshee's trains are now on the tracks.

Work on the track is also complete - the image below gives an idea of the scale of the coaster:

According to Kings Island, Banshee is on course to make its debut on April 18, 2014. 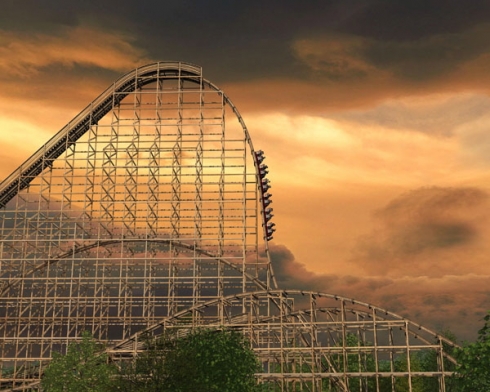 Not to be outdone by rival Cedar Fair, Six Flags will install a record-breaking coaster of its own at Six Flags Great America. Goliath is billed as the world's fastest wooden roller coaster, and will be built by Rocky Mountain Construction, the same company behind the unique Outlaw Run at Silver Dollar City.

Goliath is due to be some ride. It will stand at some 165-feet-tall, with a sharply-angled 45-degree lift hill. The first drop will see riders plummet 180 feet into an underground tunnel, racing to a top speed of 72 miles per hour. They'll then pass through a 180-degree zero-g roll that emerges into a traditional vertical loop.

The latest: Some fairly significant changes have been made to Goliath's layout. The biggest change is that the ride's zero-g roll is now placed directly under the lift hill, and forms part of the support structure for it. A rendering of the new layout is embedded below:

The ride's circuit is rapidly coming together, with construction having begun in late November: 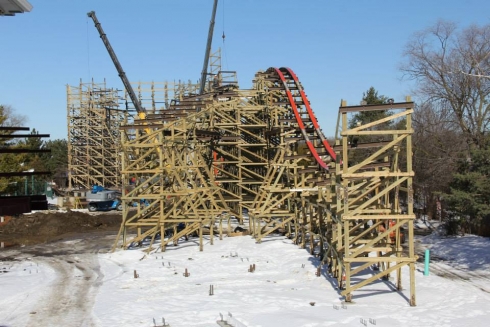 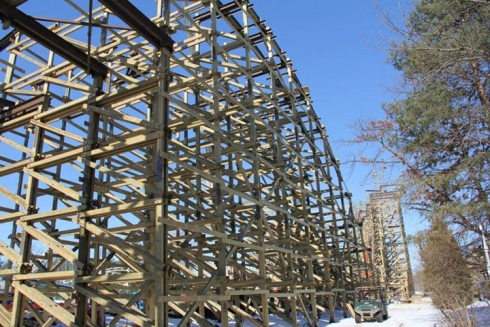 No official opening date for Goliath has been confirmed as yet, but the park has suggested that it is likely to be May 24, with an invitation-only unveiling on May 22.

4. Flight of the Demons (Heide Park) 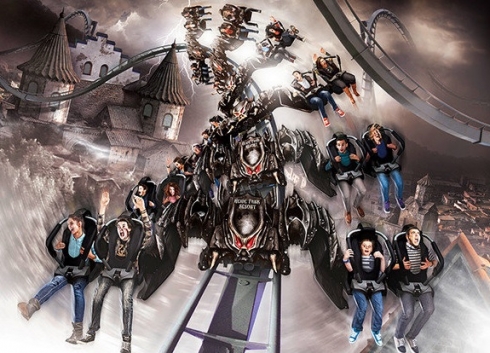 Heide Park will become the latest Merlin-operated theme park to open a Bolliger & Mabillard Wing Rider coaster in 2014. The coaster will be installed at a cost of €15 million. As with other rides of its type, its trains will feature "wings" that protrude over the sides of the track, enabling the creation of "near-miss" experiences.

The Wing Rider will feature a relatively short 2,532 feet circuit, but will pack in five inversions including an Immelmann loop, a zero-g roll and a pretzel loop. Riders will hit a top speed of 62 miles per hour, with the coaster's lift hill standing at 131 feet tall.

The latest: The ride's name has now been confirmed as Flug der Dämonen (Flight of the Demons). Testing began as far back as November, and the official opening date has been set as March 29.