The Universal Orlando Resort has fully confirmed that the Leaky Cauldron restaurant will feature in the Wizarding World of Harry Potter - Diagon Alley, as well as revealing plans to add 8 new restaurants to its CityWalk area.

It was already more-or-less certain that the Leaky Cauldron would be the headline restaurant of Diagon Alley, alongside smaller outlets including Florean Fortescue's Ice Cream Parlor, the Fountain of Fair Fortune (likely to serve Butterbeer) and the London Food Cart. The full confirmation can be seen in the video below:

Meanwhile, the CityWalk area is set for a radical transformation that will include a total of 8 new restaurants. Images and details of these are given below. Closing to make room for these will be Pastamore and Latin Quarter, as well as Katie's Candy Company and Cigarz. 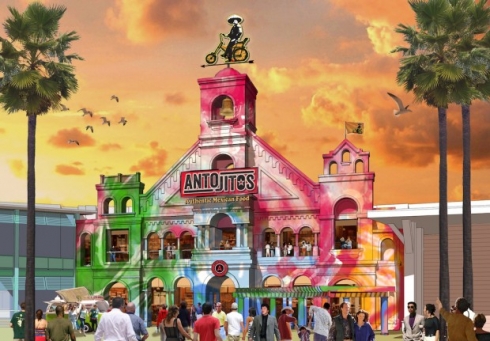 Due to open soon, Antojitos Authentic Mexican Food will take guests on a journey through the cantinas, street carts and markets of Mexico City, offering tapas-style dining. 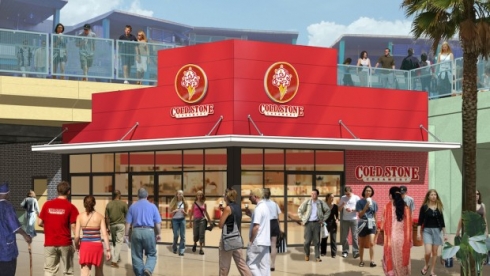 The 23-year-old ice cream chain will receive its own outlet at CityWalk, serving up custom creations on a frozen granite stone. 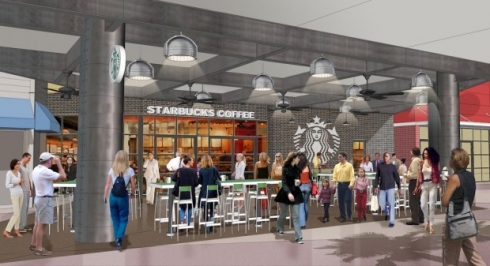 CityWalk's existing Starbucks outlet will close, with a new, 130-seat coffee shop opening up next to the Cold Stone Creamery. 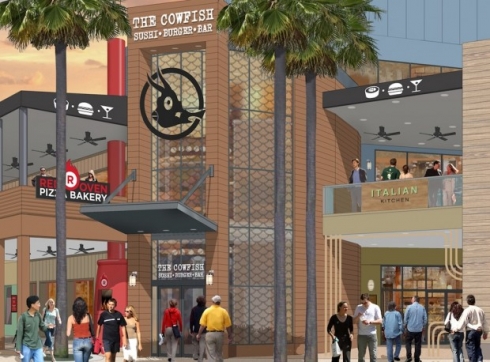 Blending sushi with burgers, this unusual outlet is a version of the popular North Carolina restaurant. Items on the "Burgushi" menu will include both sushi rolls containing burger meat and sandwiches containing sushi. 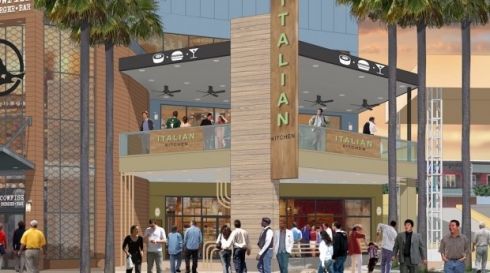 A new Italian restaurant created by Universal Orlando, with a culinary team that handcrafts pasta dishes from scratch. 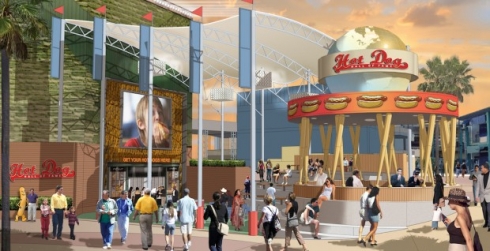 Located between Emeril's and Jimmy Buffett's Margaritaville, this outdoor quick-service stand will sell some of the most iconic hot dogs from ballparks across the US. 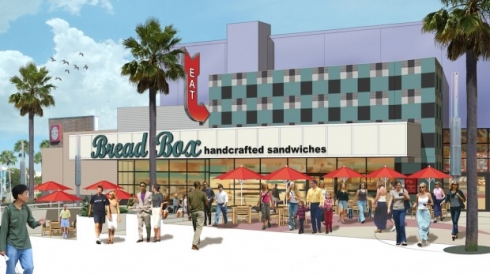 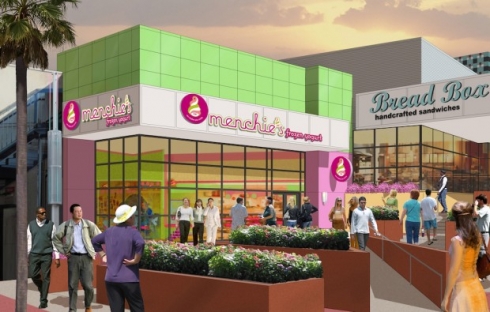 The frozen yogurt chain will open an outlet at CityWalk, including its usual expansive self-service toppings bar. 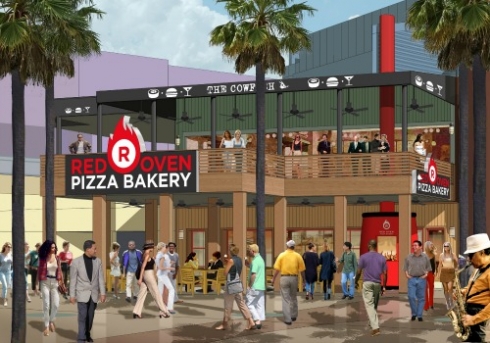 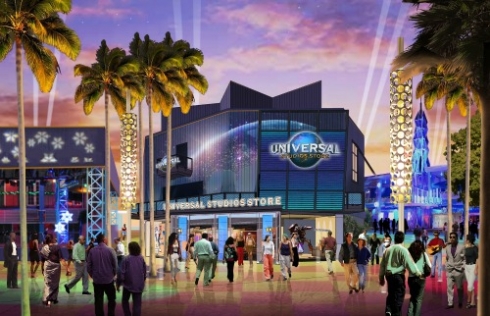 Alongside the new restaurants, there's also an updated Univeral Studios Store, selling a range of collectibles tied to characters seen in the parks.