Pandora - The World of Avatar isn't the only project underway at Disney's Animal Kingdom. A new nighttime show, an in-the-dark version of Kilimanjaro Safaris and later opening hours are all on the way.

Disney is investing hundreds of millions of dollars to expand the offerings at Walt Disney World's fourth theme park. Much of this will be spent on creating Pandora - The World of Avatar, which will boast two major attractions and immersive theming throughout. But that's not the only major change that's on the way. Let's take a look at the other updates and additions that we can expect at the hybrid zoo/theme park over the next few years.

1. The end of Camp Minnie-Mickey 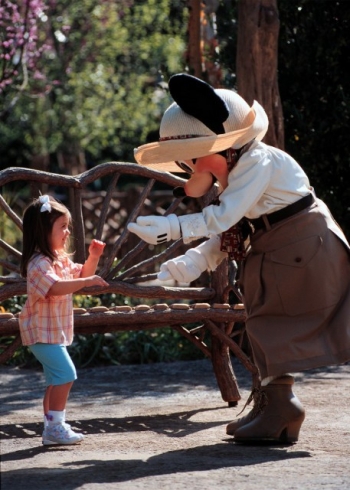 Camp Minnie-Mickey did not feature in the original plans for Disney's Animal Kingdom. Instead, the area that it occupies was supposed to be Beastly Kingdom, a land filled with mythical creatures and headlined by a stunning, dragon-themed inverted roller coaster. With costs spiralling, though, Beastly Kingdom was bumped into a "phase 2" expansion (and would ultimately never be built). In its place, former Disney CEO Michael Eisner ordered the creation of a much cheaper land. Reportedly, Disney's Imagineers were barely involved in the creation of Camp Minnie-Mickey, which was intended to be a temporary, stop-gap addition but ended up remaining in the park's line-up for over a decade. Even the floats used in the Festival of the Lion King show were reused from Disneyland's Lion King Celebration parade.

Now, Pandora - The World of Avatar is taking over the area. That means that Festival of the Lion King will be moved to a new location in the Africa area of the park (a more appropriate setting, in any case), with the current theater due to close on January 5, 2014. Mickey and Minnie's meet-and-greets have already moved to the Adventurer's Outpost, and the other characters will be on their way out soon.

Disney's Animal Kingdom has always closed earlier than Walt Disney World's other parks, partly because of the need to protect its animal residents from excessive noise. However, Disney is now working to install a new night-time show, and will begin opening the park until late.

The show will be hosted around and above the Discovery River and will feature live music, floating lanterns, water screens and swirling animal imagery. Rumored to be named "Rivers of Light", it is also expected to include the illumination of the iconic Tree of Life. That will involve replacing all 100,000+ artificial leaves on the tree with new ones that light up. The new version of the tree should fit well with Pandora, which will also feature glow-in-the-dark plants. 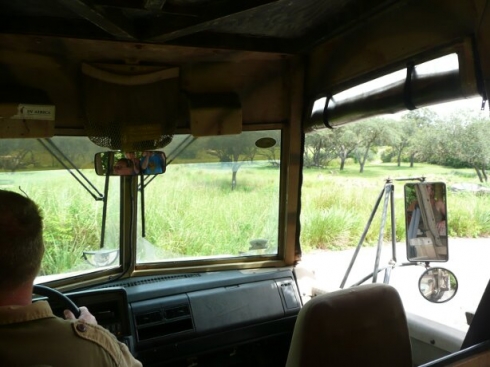 Kilimanjaro Safaris, one of the most popular attractions at Disney's Animal Kingdom, is about to become two attractions in one. A new night-time version of the safari will be launched on an unspecified date, and is expected to feature an updated storyline and a focus on animals that are largely noctural.

So there you have it, folks. The changes to Disney's Animal Kingdom will go well beyond merely adding two new rides in Pandora - The World of Avatar. Disney is aiming to transform what is often viewed as a "half-day park" into a full day (and night) experience. Let us know your thoughts on the expansion in the comments below!

I have been very fortunate to visit Disney with my family a few times. I am a 75 year old senior and feel like a child every time we visit. I can't do all of the walking so we get a chair for me and I walk as much as I can. Whatever is done to Disney I am sure it will enhance it even more. I have seen Avatar and I did like it. I also am glad that more is being added to Animal Kingdom as it is a favorite of mine.
I don't know when we will be able to afford to come back to Disney, but it is surely something I look forward to with much anticipation. We have celebrated my grandchildrens birthdays at Disney 4 times now. Angela was born on January 9th., Holly was born on January 10th. and Heidi was born on January 11th. so you can see how special Disney is to us. My grandchildren are all from my daughter Cheryl and my son-in-law Kevin.
Thank you for all of the most wonderful moments that I have enjoyed with my family.

Awesome news and I love the concept art of Avatar and I can't wait! I love it!

I think it all sounds fantastic!! every bit of it! is there a date yet for when it's to be ready?

I doubt there is much difference between Avatar and a land based on mythical creatures, I am not inroads Avatar, never seen it but sure I would still enjoy the area regardless. But I think this park desperately needs another headline attraction and not impressed with the ride concepts for Avatarland.
However, I am hoping the other changes come soon as we are there in Nov 2014 :-)

I really don't think the Avatar area will do anything for the park, the Beastly Kingdom would be way more exciting for both children and adults. I think people would probably enjoy dragons over blue people.