Cedar Fair will launch a new style of interactive dark ride at Canada's Wonderland next year with Wonder Mountain's Guardian - and the chain doesn't plan to stop there.

Wonder Mountain's Guardian will be an interactive ride based on a 1,000-foot roller coaster-style track, and will be themed around a mythical creature that lives inside the iconic mountain at the heart of Canada's Wonderland. Riders will first climb up the side of the mountain, before plummeting through its interior, fighting mythical creatures along the way.

This isn't just about one ride, though. Cedar Fair CEO Matt Ouimet - once of Disney - hopes that the experiment at Canada's Wonderland will be a success. This will enable the company to roll out similar dark rides across its chain. Not only that, but it hopes that each will be customisable at the flick of a switch, enabling the entire plot and characters to be changed almost overnight. 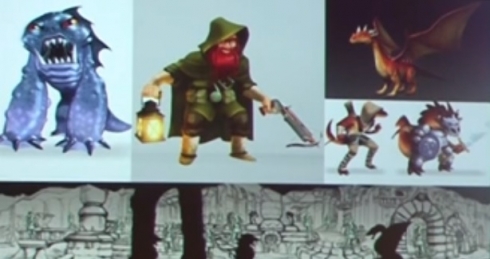 A variety of mythical creatures will feature in Wonder Mountain's Guardian.

Montreal-based Triotech has developed the technology behind Canada's Wonderland's initial installation. Wonder Mountain's Guardian will feature 3D effects overlaid with 4D elements such as wind and water tricks. RIders will be equipped with weapons boasting "The fastest, most-accurate target system", with "real-time graphics" being employed to show the impact of their shooting. The world's longest interactive screen will help to add to the immersive experience.

Perhaps the most interesting thing about Wonder Mountain's Guardian, though, is its price tag. Its reportedly has a bugdget of just $10 million - a fraction of the amount that Disney and Universal spend on their creations. Is it really possible to create a headline ride on such a relative shoestring? 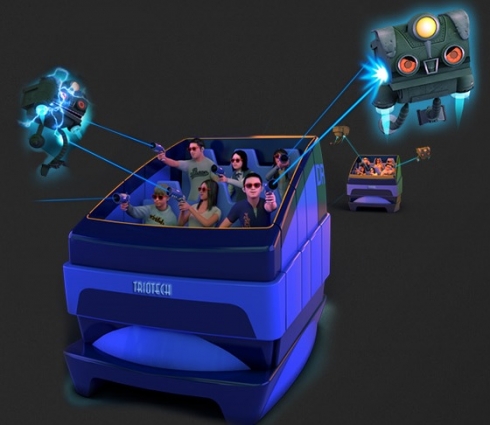 Triotech CEO Ernest Yale said of Cedar Fair's foray into dark rides: "This new ride at Canada’s Wonderland will be a one of a kind, never seen before attraction. It will bring the best elements of the physical, virtual and multi-sensory world. All this combined in a fully immersive and interactive experience."

Riders will board six-seater motion vehicles, which resemble a stripped down version of the vehicles employed by Universal's The Amazing Adventures of Spider-Man and Transformers: The Ride. They will each be equipped with a laser cannon, used to blast bad-guys as they zoom around the circuit.

You can see the ride system in action below, courtesy of this excellent video from the Coaster Crew:

The ride's circuit will be part-family roller coaster, part-dark ride, and Ouimet hopes that "families will be on the ride because they want to be on the ride, not because their kid is on there". This is exactly the philosophy employed by Walt Disney when building the original Disneyland.

Unlike Walt Disney, though, Ouimet doesn't mind repeating himself. That's why, if the initial ride is successful, he plans to roll-out clones across the Cedar Fair chain. Because of the customisable nature of the system, too, the ride will even change during the year at Canada's Wonderland - a version filled with zombies is already planned for Halloween 2014. Ouimet claims that Cedar Fair will develop a "library" of content that it can rotate around its parks, ensuring that they always have something new to offer.