When will Alton Towers or Thorpe Park open another major new roller coaster?

The record-breaking The Smiler opened at Alton Towers in 2013. But when can UK theme park fans expect operator Merlin to open another major new roller coaster at one of its flagship parks?

Typically, Merlin (and previous owner Tussauds) has added a big new ride to Alton Towers or Thorpe Park every 3-4 years, with smaller additions to make up the numbers during the intervening periods. But with the huge investment (£18 million) in the The Smiler, and weak attendance at Thorpe Park, will it repeat this pattern this time around?

Alton Towers, some will point out, is likely to be kept busy over the winter ironing out the well-publicised problems with The Smiler. In fact, should it succeed in having that ride operational for most of the 2014 season, it will be almost as good as having a brand new ride. The focus for 2014, though, is on kids, with the new CBeebies area under development.

There are hints about the park's plans in its long-term development plan. Between 2015 and 2019, three rides are specifically earmarked for replacement: Ripsaw, The Blade and The Flume. Meanwhile, the Sonic Spinball roller coaster will be removed from its current location (and possibly from the park altogether), as part of a proposal to reduce the visual and noise impact of the Adventure Land area (which sits close to the Towers mansion).

As well as replacements for the three rides highlighted above (which are likely to include a mixture of flat rides and water rides), two major attractions are earmarked for 2016 and 2019. Intriguingly, one of these is a "Cross Valley Ride", which is described as a roller coaster that would link the Forbidden Valley and Dark Forest areas, passing through the woodlands near the famous gardens – just as John Wardley’s infamous, never-built wooden coaster would have done. Its circuit would hug the floor of the valley, using its contours to create speed. 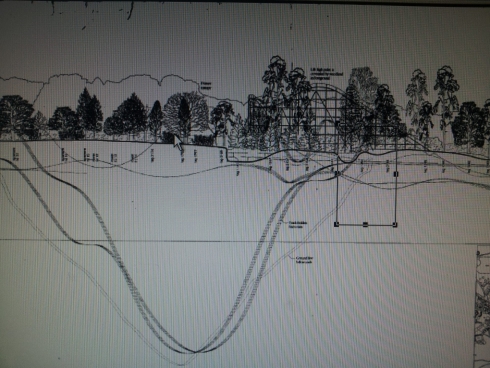 Could the cross-valley coaster concept be revived?

Gaining planning permission for such a ride is likely to be a major obstacle, but Alton Towers hopes that by preserving the gardens’ existing trees it would be able to create a stunning attraction with minimal impact. The plan also hints that the other major attraction may not be a roller coaster at all, but instead an indoor dark ride could be added to the park’s line-up.

With Thorpe Park having opened The Swarm in 2012, hopes were high that another new coaster could be on the way as soon as 2015. Those hopes were dashed in July, though, with the news that the park is expected to delay the opening of its next major new ride until 2017. 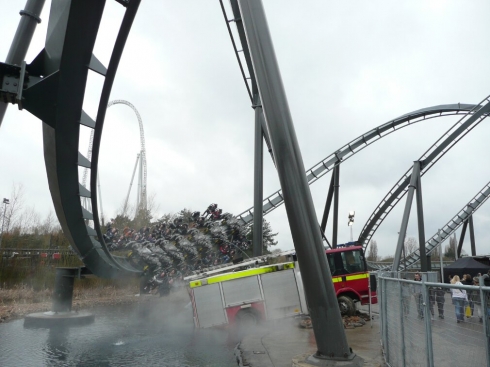 The Swarm may be the last significant addition to Thorpe Park for a while.

The news came in an application to extend the stay of the Crash Pad temporary hotel until 2014, with the park stating that a new coaster is unlikely to be built by the end of 2016. It also reveals that since The Swarm - which opened in 2012 - was shorter than originally planned at 128 feet tall, the next coaster is likely to be taller, at some 164 feet.

Few details are given of the 2017 coaster in Thorpe Park's outline plans, although like The Swarm it will have a maximum length of 2,788 feet (850 metres), and no more than 9 vertical loops.

Merlin spend money on each park curuclating every 3 years

We was tought this at training.

Thorpe parks new coaster is to be no more than 9 loops.
i personally think it is daft... the more loops the better.

its like when i first rode the swarm i was expecting more than an inline barrel roll and then a block run at the end, they had all that space to have to make The Swarm a longer coaster, and if it was longer it would of been more enjoyable.

My honest opinion is that Thorpe Park should get a roller coaster like S&S El loco. but they should make their own blueprint, and bring proper Themeing and put a story to the actual ride, rather than just leaving it as a building....