The Wizarding World of Harry Potter - Diagon Alley is rapidly emerging from the ground at Universal Studios Florida, and we have the photos to prove it.

With Universal Orlando rumored to be aiming for a spring 2014 debut for Diagon Alley, there's a huge amount of work to be done to create the new land and install its two major attractions, the Gringotts Bank roller coaster and the Hogwarts Express. The latter ride will link the new area to the existing Wizarding World of Harry Potter over at Islands of Adventure, where work is also underway to install the Hogsmeade station.

The structures that will form part of the Wizarding World of Harry Potter - Diagon Alley are being thrown up at a rapid rate. Once again, it's clear that Universal Creative - in conjunction with Harry Potter creator J.K. Rowling - has gone all out to design another highly-themed, immersive area. In this case, one that faces over Universal Studios Florida's lagoon, but also extends further back into the area once occupied by Jaws: The Ride.

Here's a reminder of how the new land will look when it is finished: 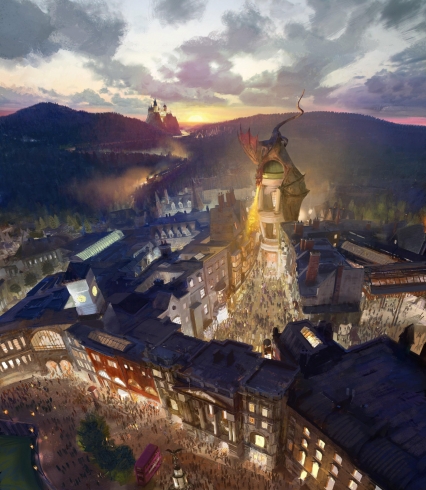 The following images are shots of the waterfront-facing area of the Wizarding World of Harry Potter - Diagon Alley, taken on October 2, 2013: 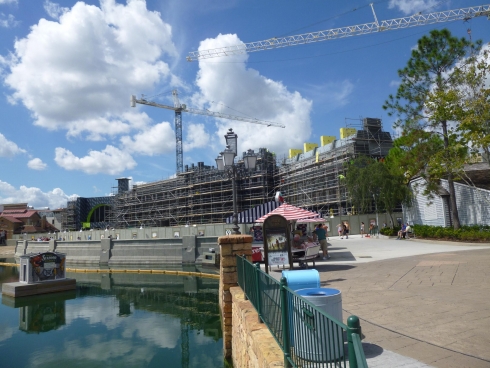 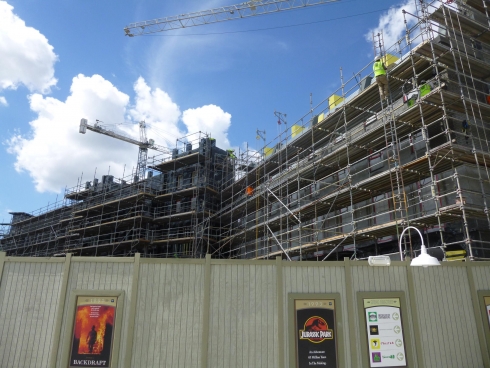 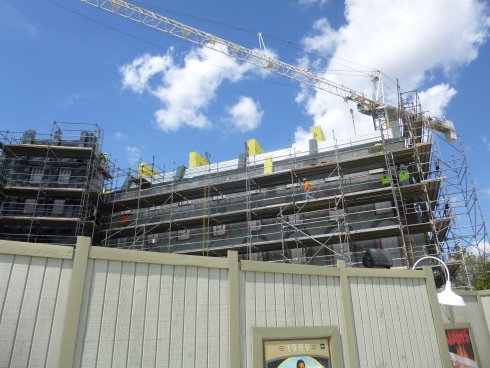 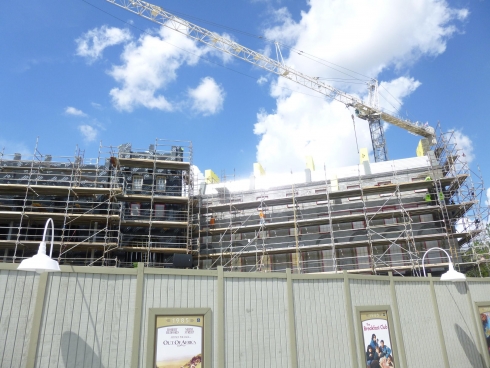 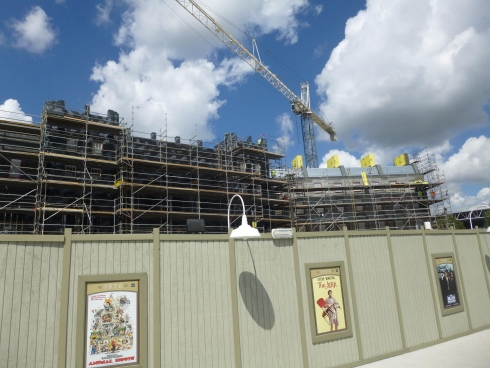 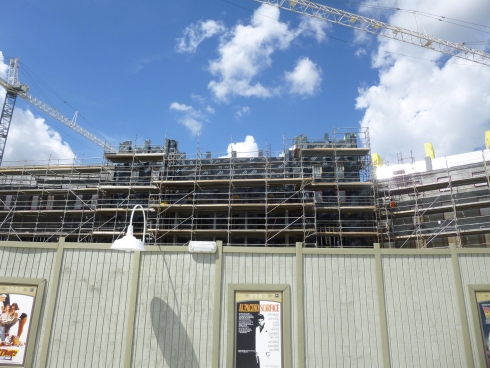 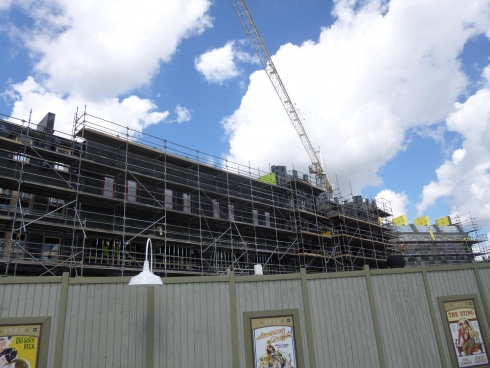 The recognisable frontage of King's Cross Station, where the Hogwarts Express will terminate, is also beginning to look close to its final form: 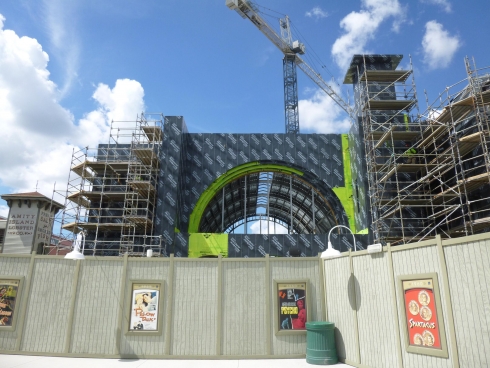 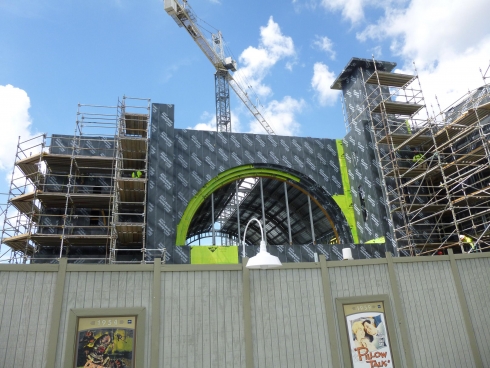 Finally, here are some of the buildings that will form part of Diagon Alley itself. The Gringotts Bank coaster will be located at the far end of the alley, furthest away from the lagoon. Hidden behind its facade will be an enormous ride building. 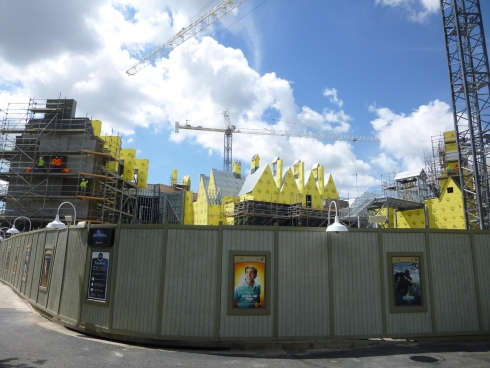 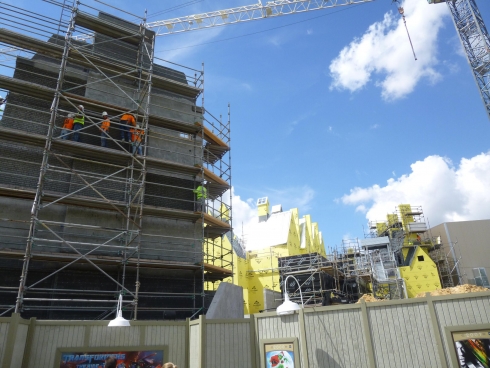 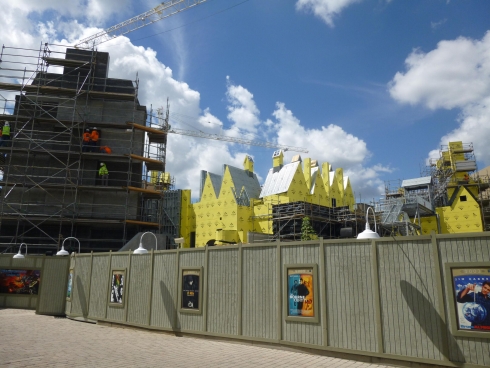 And here's a shot of Diagon Alley at the Warner Bros Studio Tour in Leavesden, England, to give you an idea of what the final product will look like in Orlando: 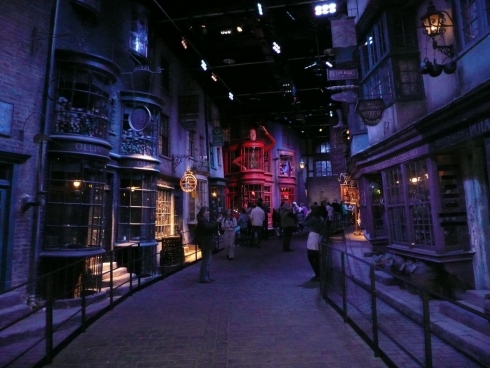 Look out for more on the Wizarding World of Harry Potter - Diagon Alley on Theme Park Tourist over the coming months!