Disney's CEO spoke up on two of Disney's most controversial future concepts. Early Tuesday, Bob Iger spoke to a analysts during a conference at Goldman Sachs in New York, updating them on two of the Florida resort's largest projects to date.

It was over two years ago that the Walt Disney Company hastily announced (with no artwork, specific timeframe, or attraction details) that Disney had secured the global rights to integrate James Cameron's film Avatar into its theme parks, beginning with an entire land (in the same scale as Disney California Adventure's Cars Land) at Disney's Animal Kingdom dedicated to the film. The announcement was not accompanied by any concept art, specific timeframes, or attraction details. 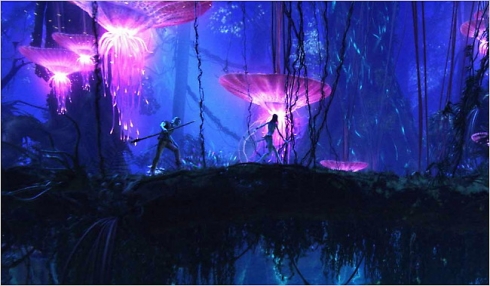 Can Disney bring the mysterious planet of Pandora to life at Animal Kingdom? If so, should they? Image © Lightstorm Entertainment / 20th Century Fox

Two years later, it appears construction has yet to begin, and Disney fans almost unanimously beg for the project to be cancelled entirely, calling it a poor fit and a lame attempt to combat Universal's nearby Wizarding World of Harry Potter, allegeding that Disney simply snatched up the first theatrical blockbuster it could find. Many say that, even with three sequels in the pipeline, Avatar is old news and will never be ingrained in pop culture or worthy of an entire permanent land at a Disney Park.

Avatar is often recognized as the highest-grossing film in history, earning over $2.7 billion, due in large part to its being among the first modern wide-release 3D films, triggering the current wave of most big-budget films being released in 3D. The film extensively used motion-capture and CGI digital imagery that enhanced the 3D effect and word-of-mouth turned Avatar into an overnight sensation. Disney fans who oppose the film's place in Disney Parks often point to a "simple, forgettable story" and seemingly "nameless" characters as proof that it's not up to Disney's standard.

Iger very briefly commented on the Avatar project saying simply, "We're very excited about Avatar Land. I think that will generate substantial growth down there."

He also commented on Disney's ambitious MyMagic+, noting that "it's rolling out fully in the months ahead," and "it will be fully rolled out very soon." 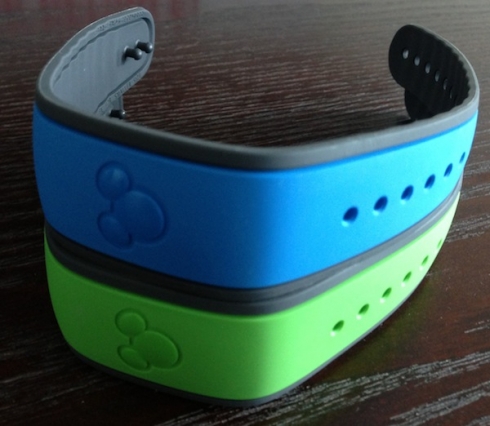 After booking a Walt Disney World vacation, each family member receives a MagicBand in the mail - each functions as a room key, park ticket, credit card, and FastPass+ ticket.

MyMagic+ is the name given to a massive technological upgrade and integration projection for the Florida resort. When it does finally become fully available "fairly soon," any guests staying at a Walt Disney World resort hotel will recieve plastic bracelets dubbed MagicBands with their vacation package. Those MagicBands - which contain tiny rice-sized RFID chips - will function as hotel room keys, park tickets, and credit cards by interacting with new MyMagic+ sensors at each restaurant, store, and hotel room on property.

The cornerstone of MyMagic+ is the introduction of FastPass+, an alternative version of Disney's FastPass system that will allow hotel guests to book ride reservation slots days, weeks, even months ahead of their vacation by synchronizing their MagicBands with a smartphone app.

Theme Park Tourist visited Walt Disney World to try the program during its initial test-and-adjust phase just this month. Read our full report of how MyMagic+, MagicBands, and FastPass+ work to get an idea of the massive size of this project, which required the updating of the entire resort's infrastructure totaling nearly $1.5 billion.

You can keep up-to-date on all we know about Disney's PANDORA – The World of Avatar on our New Attraction Watch page. In the meantime, what do you think about Avatar joining the Disney Parks family? Should the Avatar project be cancelled while there's still time, or will Disney pull a rabbit out of its hat and turn the film into a very successful theme park environment?