Adventure World in Australia has confirmed the name for its new $12 million roller coaster, dubbing it Abyss and promising a spooky backstory to accompany the ride.

The park promises that Abyss "will plunge the bravel souls who travel on it into a black hole to experience adrenaline-pumping exhilaration". The plot will revolve around the ancient druid Guardians of the Abyss, and will influence the design of both the coaster itself and the area surrounding it. 30 nine-foot-tall Guardians will be located close to the coaster's circuit, while upturned trees with twisting roots will add to the atmosphere. The entrance will be marked by a large themed arch, designed to create a feeling of "impending doom". 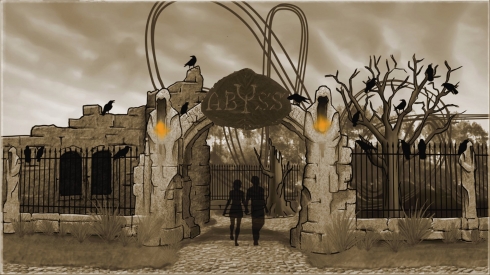 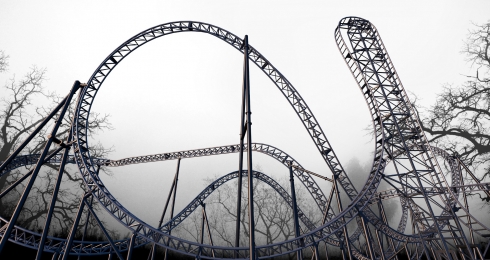 Accompanying the launch of the coaster will be the release of an online, team-based game known as The Chosen Ones. The two teams that complete the game and win the most points will be offered the chance to be the first to ride Abyss at its official launch event, as well as receiving season passes and official merchandise.

Adventure World's CEO, Mark Shaw, said of the announcement: "We think the name reflects what is going to be a white-knuckle ride filled with trepidation of the unknown, the likes of which visitors to any theme park in Australia won't have experienced. And we’re absolutely thrilled to give eight fearless riders the opportunity to be in the first carriage at the VIP and media launch event, simply by playing The Chosen Ones online. We have a feeling this competition is going to attract unprecedented interest and we believe it’'s going to be one of the most talked about prizes."

The Chosen Ones game will go live at 12.13am on September 13, 2013 at www.chosenones.com.au. Registrations are open now.

Abyss is on a different scale to previous investments at Adventure World. The attraction line-up at the largest theme park in Western Australia currently features a single small roller coaster, a selection off-the-shelf thrill rides, and a variety of water slides. The park promises that it will be a "world-class, adrenaline-pumping roller coaster", featuring a custom-design and exerting g-forces of -1 to 4.5 on riders.

Like Saw - The Ride at Thorpe Park (another Gerstlauer Euro-Fighter model), Abyss will boast a dark ride section. The circuit will be 2066 feet (630 metres) long, and will include a vertical lift hill, a beyond-vertical drop, a zero-g roll, a rollover loop, a cobra roll and an inline loop. It will stand at 98 feet (30 metres) tall, and will feature the smaller cars seen on Saw - The Ride rather than the multi-car trains used on The Smiler at Alton Towers. These will hold eight passengers each, in two rows of four.

Abyss is due to open in November, in time for Adventure World's Fright Nights Halloween events.