Thorpe Park has teamed up with entertainment firm Lionsgate to completely overhaul its Fright Nights Halloween events for 2013, which will feature three all-new mazes based on well-known horror movies.

The new mazes will be based on My Bloody Valentine, Cabin in the Woods and The Blair Witch Project. Returning from previous years is the Saw Alive attraction, while The Asylum is also strongly rumoured to be back for 2013. The Fright Nights events are scheduled for October 5-6, 11-13, 18-20 and October 25 - November 3. Tickets are now on sale via the official Thorpe Park website. 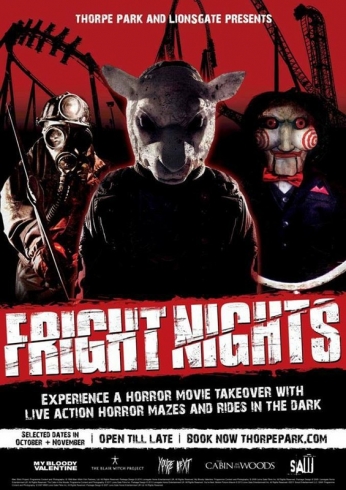 The three new mazes form part of a deal with Lionsgate UK, and are part of a major rebranding exercise for Fright Nights. The events will again see the park staying open until 10pm, enabling guests to experience some of its thrill rides in the dark. 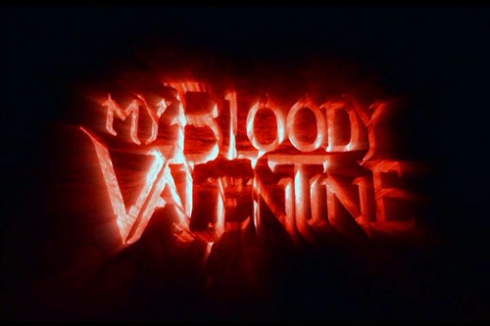 The My Bloody Valentine maze will be based on the 2009 remake of the 1981 original. The movie featured a host of 3D effects, including a character being pick-axed through the head. 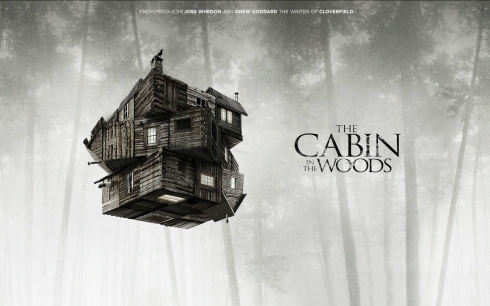 The Cabin in the Woods attraction will based on the gruesome 2012 movie, directed by Drew Goddard and co-scripted by Buffy the Vampire Slayer creator Joss Whedon. Guests are likely to step into either the titular cabin itself or the secret underground facility seen in the film. A maze based on the film will also feature at Universal Orlando's Halloween Horror Nights 2013. 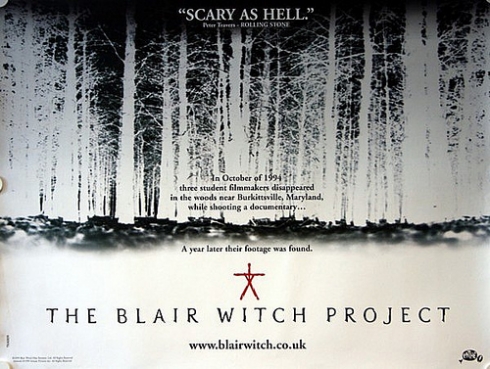 The Blair Witch Project maze is likely to be hosted in the wooded area that hosted the shuttered Canada Creek Railway attraction. It will be inspired by the low-budget smash hit from 1999, which saw a group of college students getting hopelessly lost in a creepy forest. 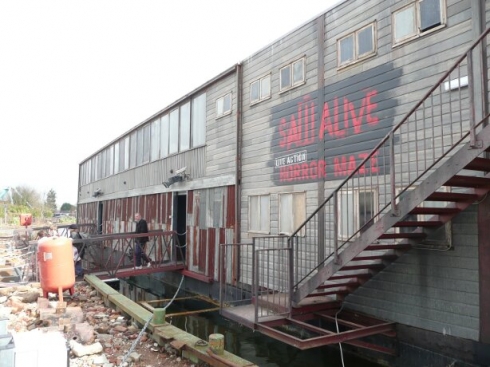 The Saw Alive Horror Maze, previously a permanent attraction in Thorpe Park's line-up, will make a temporary return for the Fright Nights events. Located close to Saw - The Ride, it sees guests being tormented by twisted genius Jigsaw. The set-pieces include the iconic bathroom set from the first movie, a live electric fence and chained-up bodies. 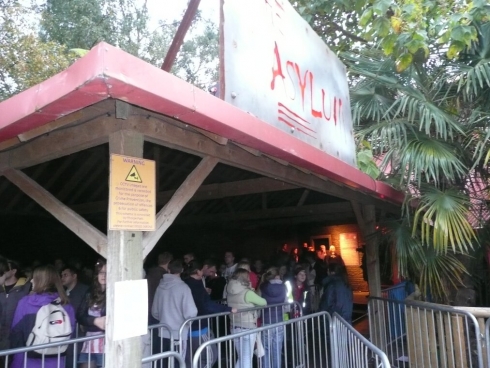 The Asylum is expected to be back in 2013. Located in its usual position at the back of Thorpe Park, the maze will once again sees brave guests attempting to break out of a mental hospital in meltdown. 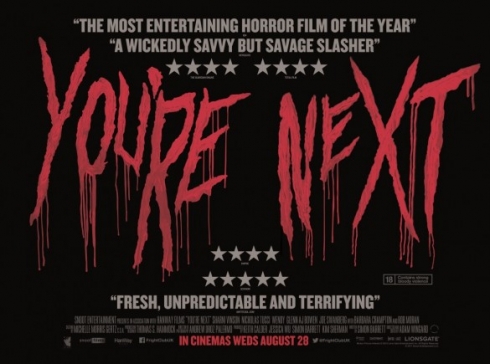 A final attraction will be based on You're Next, due to debut in UK cinemas on August 28. Killers wearing animal masks will roam the park's grounds, stalking guests.

Announcing the Fright Nights events, Thorpe Park's marketing director Jason Wills said: "We are hugely excited about this partnership with Lionsgate. Fright Nights promises to be horrifically immersive, yet entertaining. A team of specially-trained scare actors is being recruited to deliver what will undoubtedly be the UK's premier Halloween event – near London, without the need to go to Florida."

Lionsgate UK's CEO Guy Avshalom ocmmented: "We are delighted to be partnering with THORPE PARK particularly following the success of our collaboration on the world's first horror movie themed rollercoaster Saw – The Ride and live action horror maze, Saw Alive. The mix of the park's world-class rollercoasters and our acclaimed horror films will be a sure-fire win with thrill seekers and horror fans alike".

For more more information on the Fright Nights events, and to book tickets, visit the Thorpe Park website.