The World of Chima expansion will officially open to guests at LEGOLAND Florida on July 3, 2013, featuring an all-new water ride and a host of other attractions.

The area is themed around the LEGO Legends of Chima toy line, which features animal warriors who compete for a mystical energy force, CHI. Its headline attraction is the Splash Battle-style interactive water ride The Quest for CHI, while it also boasts a new 4-D movie and an arena where guests can "do battle" with their favourite LEGO Chima toys.

A video of the opening ceremony for World of Chima can be viewed below:

The Quest for CHI features extensive theming including the enormous Lion Temple and a 23-feet-tall floating mountain known as Mount Cavora. Riders board boats that are equipped with water cannons, and are challenged to help Laval the Lion Prince defeat Cragger the Crocodile King as he attempts to steal the supply of CHI. 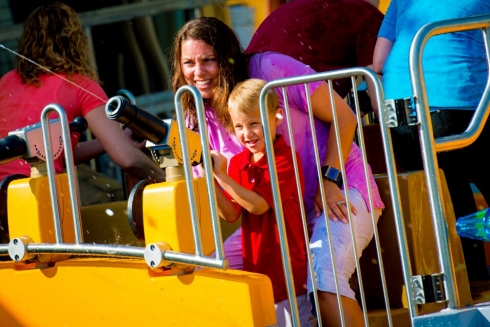 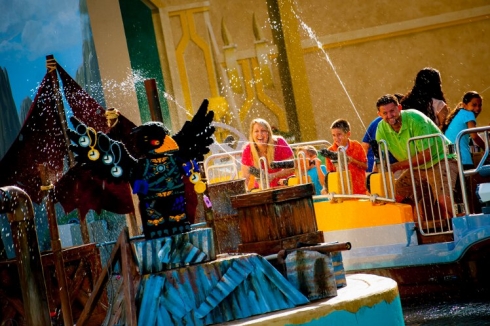 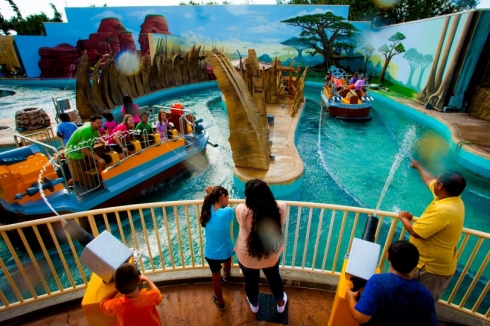 On their way, riders pass through the habitats of the various tribes that feature in LEGO Chima, including Rhino Quarry, Raven’s Roost, Eagle’s Nest, Wolves Encampment, Gorilla Forest and Crocodile Swamp. 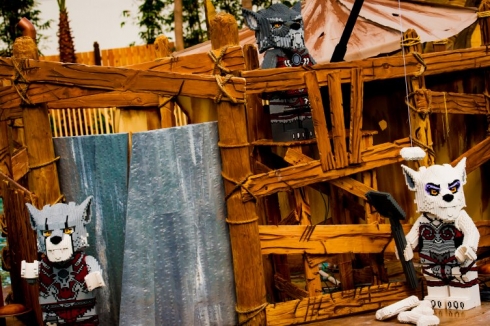 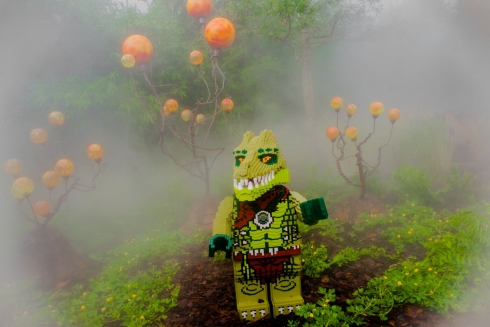 The Speedorz Arena will host group challenges, in which guests build their own LEGO Speedorz vehicles and then take on a series of obstacles. The experience is similar to the Legends of Chima Challenge roadshow which is currently touring the UK.

Elsewhere, younger guests can splash around in the Cragger's Swamp play area, which features water spouts, bubbles and interactive elements that trigger other effects. The World of Chima is also home to a chracter meet-and-greet area and a retail outlet selling the latest LEGO Legends of Chima toy sets.

Along with LEGOLAND California and LEGOLAND Windsor, LEGOLAND Florida has also begun showing the LEGO Legends of Chima 4-D movie. In addition to 3-D animation, the 12-minute movie makes use of physical effects including the wind, smoke and water effects typical of similar 4-D experiences.

Four young animals feature at the centre of the movie's plot, being guided by Plovar the Parrot as they join a battle between Laval the Lion Prince and Cragger the Crocodile King. After taking guests on a tour of Chima, the movie climaxes with a high-speed chase in Speedorz vehicles.

Featured in the World of Chima are: 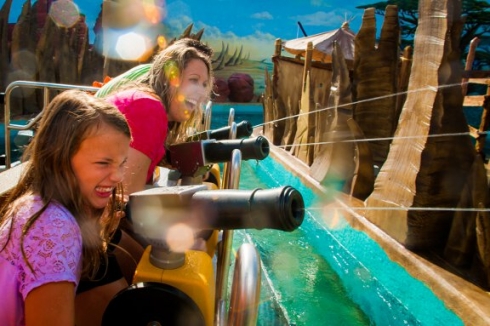 Celebrating the opening of the new land, Adrian Jones, LEGOLAND Florida's General Manager, said: "The World of Chima will become a signature land for LEGOLAND Florida and provides an experience unlike any other in our park today. Developing and opening yet another expansion is a prime example of how LEGOLAND Florida continues to provide unique guest experiences, rides, shows and attractions for families with children ages 2-12."

The Florida park had been expected to install a Pirates Shore land similar to the existing area at LEGOLAND California in 2013, but later moved to deny this. However, the Splash Battle ride that was seemingly planned for Pirate Shores was seemingly carried over with a new theme.