Walt Disney World has debuted its latest interactive game, with A Pirate’s Adventure: Treasures of the Seven Seas now up-and-running at the Magic Kingdom.

The game is hosted in Adventureland, and challenges guests to complete five distinct "pirate raids" around the area. Players are equipped with a pirate map and a "magic talisman", and aim to locate several different Treasures of the Seven Seas. The plot ties in with the Pirates of the Caribbean movies, and features characters including Captain Jack Sparrow and Captain Barbossa. 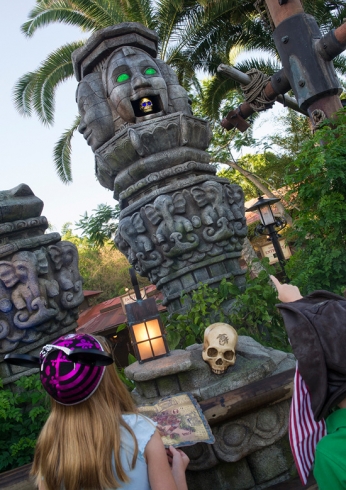 As with many of Disney's most recent additions as part of its NextGen programme, A Pirate's Adventure makes extensive use of RFID short-range radio technology. This is used to trigger special effects hidden around Adventureland, including a variety of animatronic creatures.