A new meet-and-greet area for Mickey and Minnie Mouse has debuted at Disney's Animal Kingdom, helping to pave the way for future construction of a land themed around James Cameron's Avatar.

The Adventurer's Outpost has opened in the Discovery Island area, enabling guests to meet and have their photograph taken with the rodent couple. The area is adorned with photos and mementos of trips taken by Mickey and Minnie to exotic locations in Africa, Asia and elsewhere. 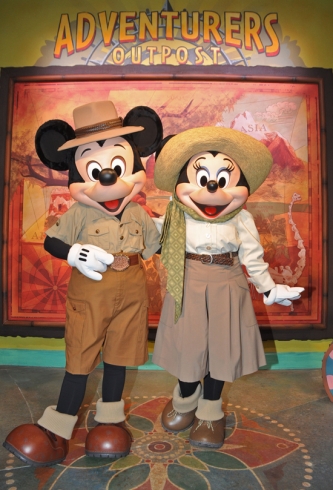 The creation of the new meet-and-greet location will enable Disney to close the Camp Minnie-Mickey area, creating room in which to install the Avatar land. Disney's deal with Cameron to construct the new area was announced back in September 2011, but little visible progress has been made since.

If construction does move ahead, the Avatar land is expected to host a major E-Ticket attraction that will simulate flight, as well as a boat ride around the fictional planet of Pandora.