Universal Orlando has thrown up its clone of Transformers: The Ride - 3D in record time, and it will officially open to guests on June 20, 2013. Look out for soft opening periods during the coming weeks, though. Meanwhile, the first reviews of California's Great America's new coaster are in, while Busch Gardens Tampa has welcomed the birth of three rare Malayan tiger cubs.

Universal Orlando has confirmed that the opening date for Transformers: The Ride - 3D at Universal Studios Florida has been set as June 20, 2013.

The first reviews of the new Gold Striker wooden roller coaster are in, with most proving to be overwhelmingly positive. 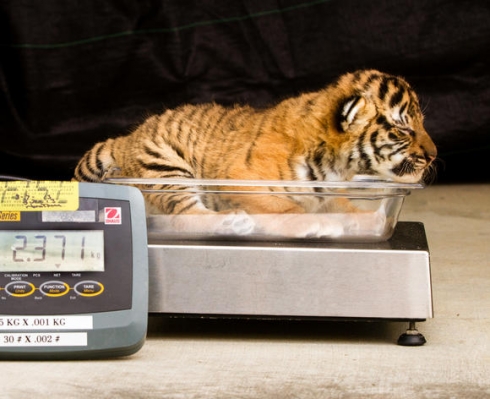 Busch Gardens Tampa has welcomed three Malayan tiger cubs into the world - two males and one female. The cubs were born at the park on March 31, and are a boost to conversation efforts with only 500 Malayan tigers surviving in the wild.

With the California Grill at the Contemporary Resort due to reopen in the fall, the Disney Parks Blog shares more details of what is in store on the updated menu.

A court has backed the decision to grant a compulsory purchase order for the site of Margate's shuttered Dreamland park, paving the way for it reopen.