Disney has released a new video in which several of its Imagineers offer a sneak peek at the under-construction Seven Dwarfs Mine Train and Princess Fairytale Hall at the Magic Kingdom.

Both attractions will form part of the expanded New Fantasyland, and are due to be completed by 2014. Imagineers Jason Grandt, Pam Rawlins, and Dave Minichiello provide a behind-the-scenes update on progress in the video, embedded below.

Originally intended to open alongside the area's other new attractions, the debut of the Seven Dwarfs Mine Train coaster was subsequently delayed. The ride is set to be a cross between a classic Disney dark ride packed with animatronics, and a traditional coaster experience. It will take guests on a musical ride deep into a diamond mine, accompanied by tunes from the classic animation Snow White and the Seven Dwarfs. 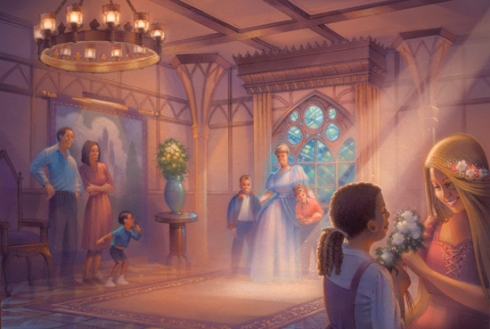 The Princess Fairytale Hall, meanwhile, will replace the shuttered Snow White's Scary Advenures dark ride. It will host a variety of meet-and-greet experiences with Disney Princesses.