Walt Disney World's Magic Kingdom and both theme parks at the Disneyland Resort will open for 24 hours on May 24, 2013, to celebrate the start of a "Monstrous Summer".

The event is designed to promote the new Disney-Pixar movie Monsters University, the prequel to 2001's smash-hit Monsters, Inc.. The Magic Kingdom, Disneyland and Disney California Adventure will all stay open from 6am on May 24 to 6am on May 25, and are likely to pull in huge crowds over the busy Memorial Day weekend.

Both parks will feature special Monsters University-themed entertainment during the events, with late-night dance parties taking place around Cinderella Castle at the Magic Kingdom. Meanwhile, characters from the movie will join in dance parties in Tomorrowland and a late-night "Character Pajama Party" in Mickey's Toontown at Disneyland.

The news of the event at the Magic Kingdom will come as a blow to SeaWorld Orlando, which plans to open its highly-anticipated new dark ride Antarctica: Empire of the Penguin on May 24.

Disney pulled a major stunt to announce the start of the "Monstrous Summer", transforming Epcot's Spaceship Earth into a giant, 180-foot-tall version of Monsters University's lead character Mike Wazowski. This can be seen in the video below: 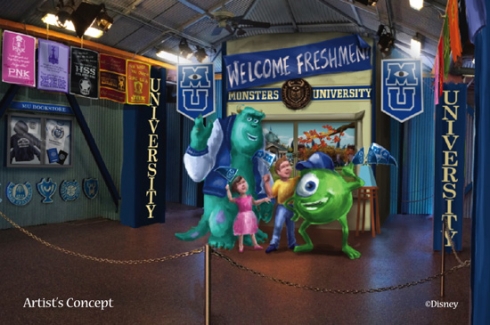 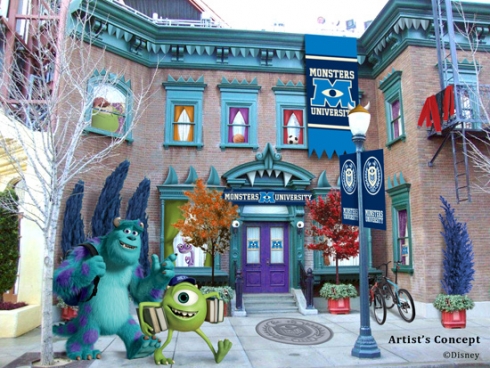 Monsters University will debut in US theatres on June 21, 2013.