Alton Towers has installed the final piece of track in the circuit of The Smiler, the new multi-inversion roller coaster that will debut at the park in May 2013.

The park released the image below of the track piece being installed, as well as a second image recreating a famous photo of workers in New York from the 1930s. Work is now underway to install electronic components required to control the coaster, as well as theming elements that will bring The Smiler to life. 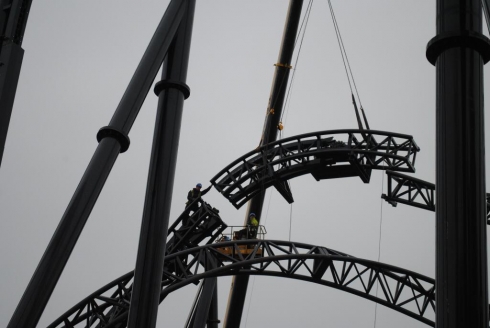 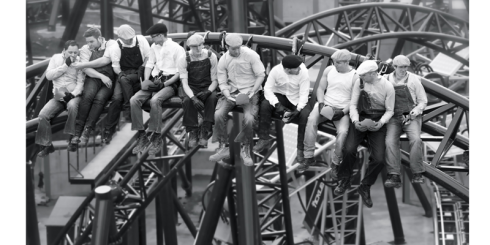 The Smiler, which had previously been known by its codename of "SW7", is being installed at a cost of some £18 million. Its circuit will feature two lift hills and a record-breaking number of inversions, and will be located alongside the existing Oblivion roller coaster in the X-Sector area.