The gallery boasts models of Luke Skywalker, Princess Leia, Chewbacca, Yoda, Darth Maul and Darth Vader, each of which stands at just under 1 metre in height. In total, it features twelve models, which are on a vastly different scale to the miniature figures seen in the Star Wars Miniland Experience. 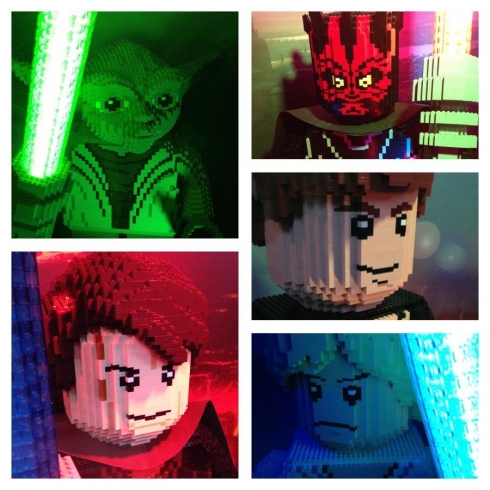 Comprised of 1.5 million LEGO bricks formed into 2000 models at a 1:20 scale, Star Wars Miniland is divided into seven distinct scenes. This includes one for each of the six movies in the Star Wars series, and an additional one for the animated Star Wars: The Clone Wars spin-off.

LEGOLAND Windsor is planning several other new additions for the 2013 season. The park's Imagination Theatre is now hosting a new 4-D movie, LEGO Legends of Chima, while the existing Duplo Land will be transformed into Duploville Playland and a small Duplo-themed water park.