Chessington World of Adventures has been forced to delay the opening date for its new Zufari: Ride into Africa! attraction, as well as cancelling its Annual Passholder preview weekend.

Zufari: Ride into Africa will now open on March 27, 2013, having originally been due to debut on March 20. The new addition will take guests on a tour in safari trucks around a number of animal exhibits, hosting rhinos, giraffes and flamingos. Chessington has blamed cold weather for the delay, which has meant that the animals have taken longer than expected to settle into their enclosures.

The Annual Passholder weekend, scheduled for March 16-17, has been canned due to "delays with infrastructure work". Chessington World of Adventures will offer disappointed guests a free FastTrack pass for a ride of their choice as compensation. Passholders with an e-ticket for the event will be able to exchange it for a FastTrack pass at any time during the 2013 season.

Meanwhile, Chessington has launched a new mobile game for iPhone and Android devices to promote Zufari: Ride into Africa!. The app aims to test speed and memory skills by challenging players to select animals in the right sequence to score points. 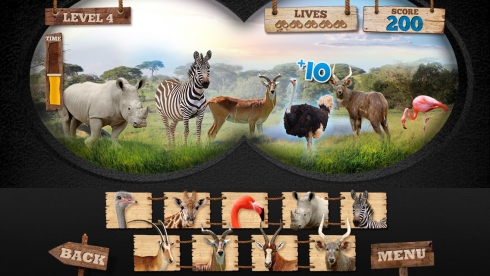 Describing the game, Mark Persaid, marketing manager for Chessington World of Adventures, said: "Zufari: Ride into Africa! is a unique attraction; bringing together a thrilling off-road adventure with the wonders of rare African animals. We wanted to offer a simple and engaging mobile experience to bring Zufari to life for the whole family.”

Chessington World of Adventures to reopen to day visitors after Christmas