Walt Disney World has revealed that the popular Star Wars Weekends will return to Disney's Hollywood Studios from May 17 - June 9, 2013.

The events will take place every Friday, Saturday and Sunday during the period, and will be included with regular theme park admission. In previous years, a host of Star Wars celebrities have appeared to greet fans, although Disney has not yet confirmed the full line-up for 2013.

Two of the voice stars of the Star Wars: The Clone Wars TV series will return as hosts for the 2013 events. James Arnold Taylor plays Obi-Wan Kenobi, while Ashley Eckstein provides the voice for Ahsoka Tano.

The Star Wars Weekends will feature special parades, shows, autograph sessions and sales of "one-of-a-kind" Star Wars memorabilia. The centerpiece of the events is Star Tours: The Adventures Continue, the updated simulator ride which debuted in 2011. 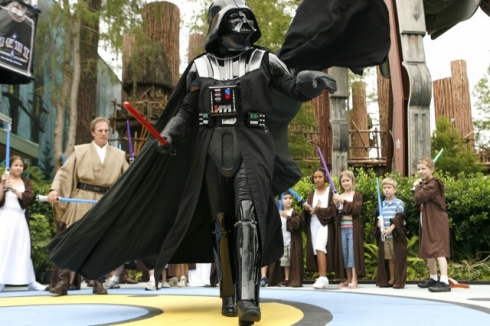 This year's Star Wars Weekends will be the first to take place since Disney acquired Star Wars producer LucasFilm in October. Disney paid some $4.05 billion to get its hands on the rights to the legendary sci-fi franchise, and will release a seventh film in the series in 2015.

Full details of the 2013 Star Wars Weekends will be released at https://www.disneyworld.com/starwarsweekend prior to the start of the events.