Image: Inside Paultons Park's new 4D cinema for the 2013 season

Paultons Park has released a new image showing off the interior of its new 4D cinema attraction, which will make its debut at the start of the 2013 season.

Locate in the building that formerly housed the Romany Experience, the new cinema will initially show The Curse of the Skull Rock. As can be seen in the image below, it will feature very basic theming, in order to enable the park to change the movie on offer with limited effort.

Paultons Park's new addition will be similar in style to the 4D cinemas that have been installed at theme parks all over the world in recent years, boasting 3D projection technology, moving seats and special effects such as water sprays. 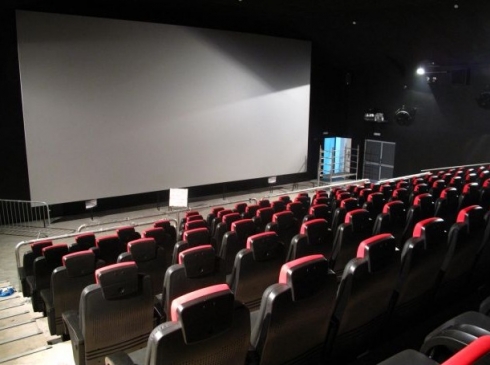 The 4D cinema will be one element of a new area dubbed Show Street, which will be an overhaul of the warehouses that once hosted the Romany Experience and the Village Life museum. It will consist of false building facades featuring an Art Deco style.