Confirmed - Transformers: The Ride to open at Universal Studios Florida in Summer 2013

Universal Studios Florida has confirmed that it will open a version of Transformers: The Ride - 3D in summer 2013, becoming the third park in the chain to do so.

A clone of the existing existing Transformers attraction at Universal Studios Hollywood has long been rumored to be on its way to the Universal Orlando Resort, as a stop-gap measure while a new Harry Potter land is constructed nearby. The ride has been rushed into production, with Universal believed to have greenlighted it just months ago. 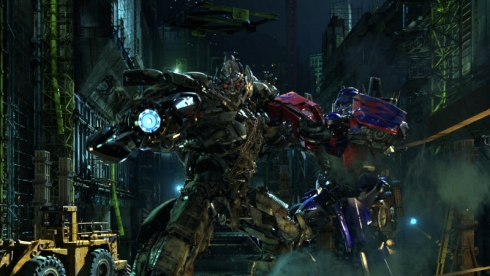 Transformers: The Ride - 3D ride utilizes a very similar system to the Amazing Adventures of Spiderman attraction at Islands of Adventure. As with the Michael Bay-directed movies it is based upon (and the earlier toys and cartoons), it features robots that "transform" into cars, planes, tanks and other vehicles. Riders are placed into the middle of a pitched battle between the human-friendly Autobots and the evil Decepticons.

Universal Orlando's official announcement video for its latest addition is embedded below:

The Florida version of Transformers: The Ride - 3D is expected to be identical to those at Universal Studios Singapore and Universal Studios Hollywood. Universal Orlando claims that it has been brought to the resort so quickly due to its popularity at the two other parks, although it is widely believed that the resort wants to bolster the popularity of Universal Studios Florida in the short-term to encourage guests to make longer visits while it prepares its second Harry Potter land. The park has largely played second fiddle in the resort's marketing since the debut of the Wizarding World of Harry Potter at Islands of Adventure in 2010.

Universal is gearing up for a major spending spree on new attractions at its US theme parks. Universal Studios Florida is believed to have greenlighted a budget of some $1.5 billion for the next 10 years, while sister park Universal Studios Hollywood is pursuing a $1.6 billion evolution plan.