LEGOLAND Florida has confirmed plans to open a new Star Wars Miniland attraction in November 2012, which will recreate iconic scenes from the popular sci-fi movies.

The Florida park's version of the attraction will be similar to the original at LEGOLAND California, which opened in April 2011. It will complement the existing Miniland USA area, which recreates recognizable landmarks using LEGO bricks, and will depict characters and scenes from all six Star Wars movies and the Clone Wars animated series.

As with the LEGOLAND California version, and those at LEGOLAND Billund, LEGOLAND Deutschland and LEGOLAND Windsor, the new Star Wars Miniland will be divided into seven themed areas. These will be based on different locations seen in the Star Wars movies and animations, including Naboo (seen in Episode I: The Phantom Menace), Geonisis (Episode II: Attack of the Clones, Kashyyyk and Mustafar (Episode III: Revenge of the Sith), Tatooine (Episode IV: A New Hope), Hoth (Episode V: The Empire Strikes Back), Endor (Episode VI: Return of the Jedi) and Christophis (Clone Wars). 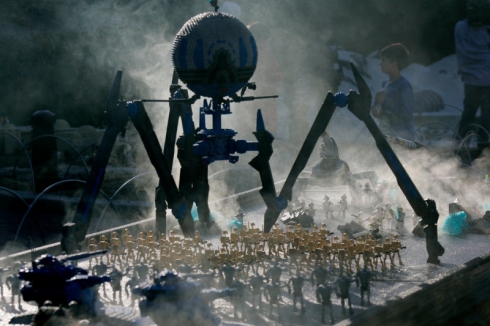 In addition to the expanded Miniland area, LEGOLAND Florida will add a meet-and-greet with a LEGO version of Darth Vader. Guests will also be able to purchase a huge variety of LEGO Star Wars toys, should they wish to recreate the scenes at home.

LEGOLAND Florida has moved to distance itself from plans posted online for a new pirate-themed area for 2013. It is likely that the addition of the Pirate Shores is still under consideration, but the park is clearly not ready to confirm the rumors.